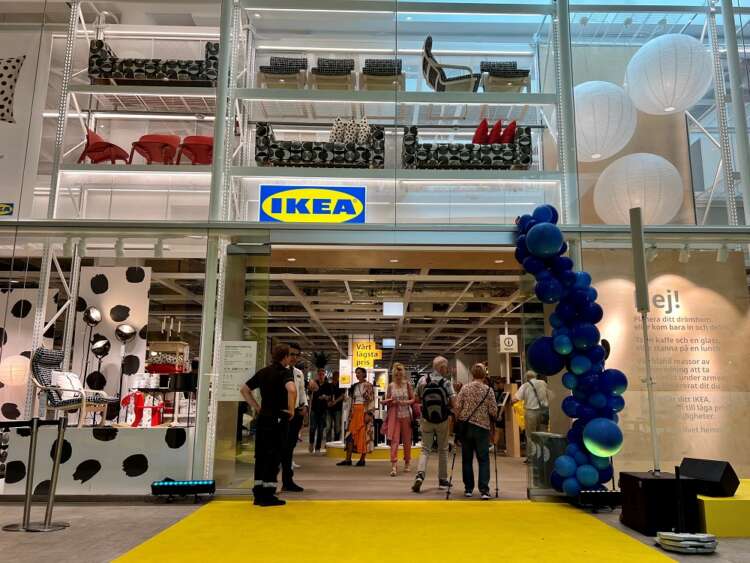 STOCKHOLM (Reuters) – Ingka Group, the owner of most IKEA stores, reported on Friday a 9% rise in annual operating profit, as price increases helped it offset higher input costs as well as compensate for costs incurred to wind down in Russia.

The world’s biggest furniture retailer said operating profit in the 12 months through August was 2.04 billion euros ($2.12 billion), on sales growth of 6%. It had in March predicted price increases would average 12% in the year.

“During FY22, we needed to compensate substantial cost increases in raw materials, energy, transport and logistics,” Chief Financial Officer Juvencio Maeztu told Reuters. “We absorbed many of these new costs ourselves, but ultimately had to pass on parts of them.”

Maeztu also said the operating profit reflected good performance across divisions, which also include shopping malls and an investment arm.

Net profit, however, tumbled 82% to 287 million euros. Ingka attributed this to higher interest rates, which hit one of Ingka Investments’ investment portfolios.

“(The drop is) mainly due to the significant impact of interest rates on Financial Market Investments (FMI), in line with global financial market developments and due to the effects of scaling down operations in Russia,” Ingka said.

“During the year, rising interest rates meant lower bond values in our FMI, in line with the world’s financial markets,” an Ingka spokesperson added.

Ingka Investments has 20 billion euros worth of financial assets under management, according to its website.

Ingka in March closed its IKEA stores in Russia, previously accounting for around 4% of sales, and has since laid off most of its 12,000 employees in the country. Its Russian shopping malls remain open.

Ingka is the main franchisee to brand owner Inter IKEA, which is in charge of supply.

Inter IKEA in October said its operating profit fell 56% as it passed on some of its soaring raw material and transport costs to retailers. It said its sales volumes to franchisees fell 7%-8%, half of which due the Russia store closures.