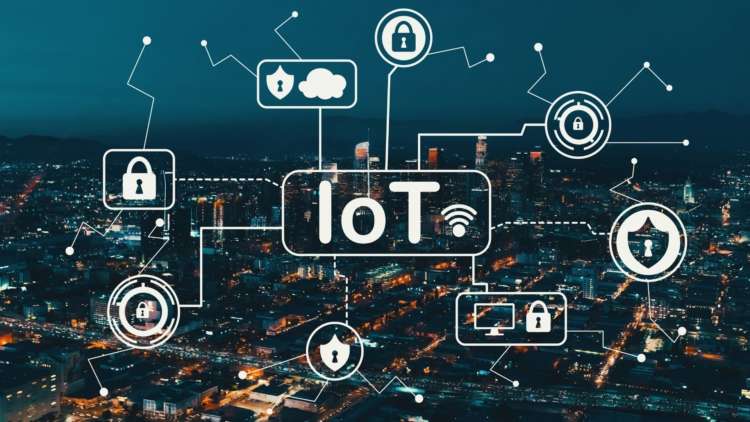 The Internet of Things (IoT) has been disrupting all of our lives for some time now, whether we know it or not. Our homes are increasingly internet-connected via our lights, doorbells and even our fridges. The technology will also play a crucial role in enabling workers to return to the office by creating safe and healthy workplaces, whether with social distancing sensors or monitors to ensure we wash our hands in the bathroom.

Beyond these use cases, IoT is having a much wider impact on certain areas of our daily lives, and next on the list is insurance. In particular, the technology is expected to transform how insurers assess business risk in the future.

The flow of data

The growth of IoT-enabled devices has impacted the flow of data to insurers and brokers both positively and negatively in various ways.

Positively, the flow of data gives insurers the opportunity to understand what is happening to insured assets in real time. This gives insurers the opportunity to price and charge based on when and how an asset is being used. This flow of data also allows insurers to notify of any risks to the policy holder and take preventive actions to avoid damage and interruption. Finally, in the case of parametric insurance, IoT data enables insurers to pay out claims automatically based on the data received from those devices.

There are some companies that are making good use of data, which is enabling them to offer parametric insurance and usage-based premiums, setting them ahead of the curve. However, many companies are only just starting their data journeys, which means we are still seeing a few growing pains. For example, many companies are still struggling to get access to the right data in the first place. What’s more, the volume of data available is far too large for insurers to process in its raw state, and much of it is in fact still unavailable to many of them to begin with.

Insurers do not want to be in the business of building and maintaining IoT networks especially when third parties already have consent from policyholders to collect and process data for their services. For example, elevator manufacturers collect real time data about the use of their installed equipment to help provide better maintenance. This data, however, could also provide information about building usage patterns for insurers. Car manufacturers collect engine management data in order to offer improved servicing plans, however, the data could also provide insurers with valuable information about accidents and thefts. Mobile phone operators offer aggregated data about the number of phones in a particular area to help shopping malls manage and track footfall, which could also be used by insurers to offer flexible premiums.

The impact of IoT on making more informed decisions

At a macro level the risk profile has not changed much as a result of IoT growth. What IoT data gives actuaries and underwriters is an understanding of how an individual policy holder and asset is behaving and performing against the norm. This in turn gives insurers the opportunity to nudge policy holders into taking fewer risk or to be priced accordingly. The former may result in reduced risk profiles, while the latter ensures they are adequately covered. For example, using telematics devices to monitor young drivers can help insurers determine a driver’s premium accordingly, depending on for example how fast they drive or how hard they break. Insurers may even conclude that any driver who continuously goes over the speed limit will not be covered at all.

We have seen how companies that are able to track their own risks by using IoT data have been empowered to make different decisions about their insurance policies. For example, one global company we know of was able to identify two out of twelve factories that were at a higher risk than its others, which resulted in claims being made against its insurance. By closing the two factories, the company was able to save premiums and self-insure certain risks at its other factories.

A look into the future of IoT and insurance

Most industry commentators recognise that data has a transformative effect on insurance. It allows new entrants to find specific niches to exploit by using IoT, parametric and usage-based models.

Looking to the longer term, we may see a shift in commercial insurance towards a greater appetite for self-insurance, with re-insurance type contracts, as businesses use IoT to manage their own risks better. When it comes to shared IoT data across the supply chain, organisations may also be able to better mitigate business interruption.

Another aspect to consider is the multi-layered aspect of IoT and its suppliers, which may cause issues. In areas such as self-driving vehicles, the question would not sit so much with IoT, but where the responsibility and risk lie. For example, in the event of an accident where a driver is not aware of the road conditions, does the fault lie with the car manufacturer, the sensor manufacturer or the software manufacturer? Each of these will no doubt have their own IoT systems to monitor each aspect of the vehicle.

IoT will undoubtedly have a transformative impact on the insurance industry and how it operates. Ultimately though, there is still a big learning curve to overcome and obstacles to navigate. Whether that’s how insurers and businesses look to collect and process such large volumes of data, or how insurers look to evolve and include IoT in their policies for emerging technologies like driverless cars. IoT is the future.