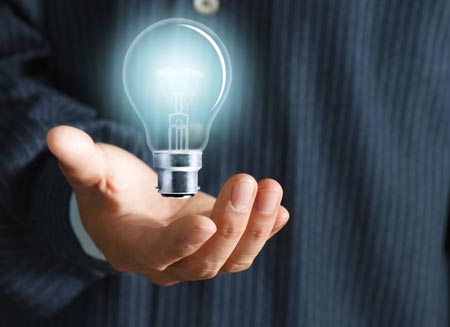 Hines Real Estate Investment Trust, Inc. (“Hines REIT” or the “Company”), one of three public non-listed REITs sponsored by Hines, announced today that its board of directors unanimously voted to approve a plan for liquidation and dissolution of the Company.  The plan, which is subject to stockholder approval, takes advantage of the current strong demand for high-quality assets by institutional buyers, and includes Hines REIT entering into a definitive agreement to sell seven West Coast office assets in a cash transaction for $1.162 billion to an affiliate of Blackstone Real Estate Partners VIII (“Blackstone”).  Additionally, Hines REIT is currently in the process of selling its interests in and liquidating the remaining assets that comprise its portfolio, including Chase Tower in Dallas, 321 North Clark in Chicago and a grocery-anchored retail portfolio located primarily in the southeastern United States.

As a result of the plan of liquidation and dissolution of the Company, it is estimated that the net proceeds to be distributed to stockholders will approximate $6.35 to $6.65 per share of common stock.  Hines REIT previously distributed $1.01 per share from July 2011 through April 2013 which was designated by the Company as partial return of invested capital.  In light of the pending plan, the Company will cease paying regular quarterly distributions after payment of distributions declared for the second quarter of 2016 and instead expects to make final distributions to its stockholders on or before December 31, 2016.  There can be no assurances regarding the amounts of any distributions or the timing thereof.

“When we first launched Hines REIT in 2003, it was structured as a perpetual life vehicle, much like many institutional funds,” said Sherri Schugart, president and CEO of Hines REIT.  “Impacts from the great recession caused us to close the fund to new investors in 2009, so we began considering other options that could provide the best opportunities for enhancing stockholder value through the following economic recovery.  By making strategic asset sales and redeploying proceeds into Class A West Coast office properties over the last several years, we’ve been able to add to the overall quality and concentration of our portfolio, sustain attractive distributions to investors, and increase our net asset value per share.  After our management and Board of Directors considered a variety of strategic alternatives to maximize stockholder value through a liquidity event, we are confident that the plan of liquidation achieves that goal.”

The transaction with Blackstone is structured as an asset purchase of approximately 3 million square feet of office properties and includes Howard Hughes Center in Los Angeles, CA; Daytona Buildings in Redmond, WA; Laguna Buildings in Redmond, WA; 5th and Bell in Seattle, WA; 2100 Powell in Emeryville, CA; 2851 Junction Avenue in San Jose, CA; and 1900 and 2000 Alameda in San Mateo, CA (the “West Coast Asset Sale”).  The transaction will be subject to stockholder approval of the plan of liquidation, and certain closing conditions.  There will be no financing contingency associated with the transaction.

The Eastdil Secured group of Wells Fargo Securities, LLC acted as financial advisor to Hines REIT on this transaction and Robert A. Stanger & Co., Inc. provided certain financial advisory services to the board of directors in connection with the transaction.  For additional information, please see our 8-K filing dated June 30, 2016 at http://www.hinessecurities.com/reits/hines-reit/sec-filings/.

BRACING FOR BREXIT – AFTER THE SHOCK, WHAT NOW?