HIGH-VISIBILITY INVESTMENTS IN M3 BIOTECHNOLOGY AND ITS DRUG TO REVERSE ALZHEIMER'S, PARKINSON'S LEAD SUCCESSFUL FUNDING ROUND 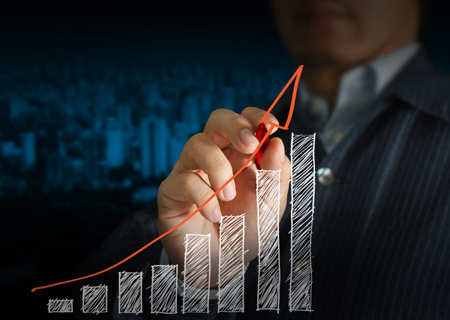 M3 Biotechnology Inc., spurred by a major “team investment” by Bruce Montgomery, one of this area’s most prominent biotech executives, and his equally high-visibility brother, Michael, has completed an oversubscribed Series A-Round, according to CEO Leen Kawas, PhD. Kawas said the round was intended to be an $8 million raise but was expanded to $10 million because of strong investor interest in the company that could soon be at the leading edge of the emerging field of regenerative medicine with its drug that would regrow brain cells, reversing Alzheimer’s and Parkinson’s.

That strong interest was boosted not only by what she described as the “biggest investment,” by the Montgomery brothers, but also investments by W-Fund and WRF Capital, both important because of their commitments to invest in the most promising startups emerging from the state’s non-profit and research institutions.

Completion of this funding round will permit M3 to move toward the initial clinical trials for its lead compound, MM-201, which is being advanced as a first-in-class orally available treatment to reverse the course of neurodegenerative diseases such as Alzheimer’s and Parkinson’s Disease.

Kawas also noted that both Bruce and Michael Montgomery have agreed to join M3’s board of directors.

Bruce is CEO of Seattle-biotech company Cardeas Pharma, and has either founded or been involved as a key executive with a range Seattle-area biopharma companies.

Michael is a high-visibility figure in the entertainment industry as well as founder and president of Montgomery & Co., a boutique investment bank.

Kawas noted that success with the life-restoring potential of the company’s initial drug, as well as related drugs in the pipeline, would quickly lead to domination in a multi-billion dollar regenerative-medicine market.

But she added that she has found it gratifying to see how the investors made their decisions to get financially involved “not merely focusing on the potential returns, although that opportunity is huge, but also with a sense of responsibility to support the work addressing the biggest unmet medical need that is Alzheimer’s and Parkinson’s represent.”

Kawas also noted that her attendance at last month’s JP Morgan Conference in The Bay Area “was extremely rewarding with multiple daily meetings with senior-level executives of large pharma companies who showed significant interest in continuing the conversations.”

GLOBAL SURVEY REVEALS 82% OF CEOS ARE DISGRUNTLED WITH SHAREHOLDER DEMANDS