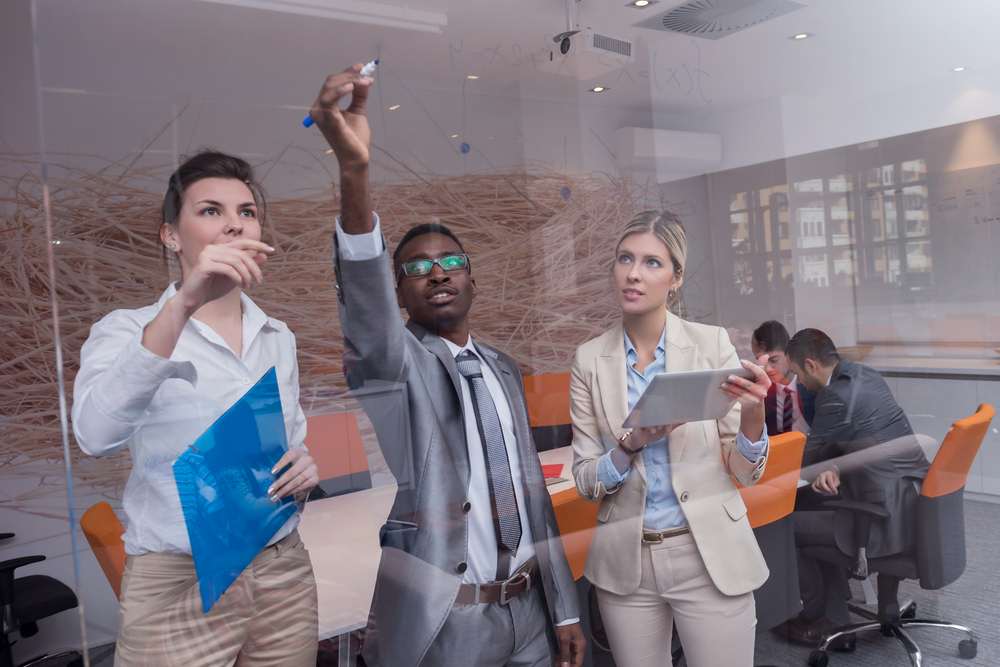 LONDON: Middle market companies across the globe are significantly more optimistic about business conditions and opportunities than last year, according to the findings of the annual EY Growth Barometer released today.

Growth prospects for all major economies are finally improving in 2018, with International Monetary Fund forecasts currently at 3.9% for the year, and amid this positive background, business leaders are bullish about revenue growth.

The annual survey of 2,766 middle market executives across 21 countries and nine key middle market sectors reveals that global confidence in business growth has strengthened in the last 12 months, with 60% of companies targeting growth between 6%-9% and no respondents looking at decline, compared to 5% in 2017. Middle market company leaders are planning for higher revenues, creating more full-time jobs and implementing disruptive technologies to meet ambitious growth targets. However, despite this optimism, a shortage of cash flow, access to credit tightening or slowdown in global demand could pose significant risks in the longer term.

“We are seeing a rare synchronization of growth across all major global economies that is boosting executive confidence, particularly led by the Asian-Pacific region. For the first time, middle market company leaders are getting ahead of change and shaping their businesses through investment, expansion and prioritization to ride the wave of opportunity.”

While middle market companies are bullish on growth on a global scale, ambition is highest in Asia Pacific as the much-forecasted tilt from the West emerges from potential to reality. Four in ten companies in China, Southeast Asia and Australia are targeting double digit growth, some 13% more than the global average of 6%.

The race to embrace AI

Against this background, the Growth Barometer findings reveal that companies are recognizing the need to become more agile. However, in their eagerness to adopt revolutionary new technologies and incorporate AI into their businesses, company leaders are in danger of under-estimating the scale of cyber threats, findings show. For example, just 7% plan on investing in technology to reduce the risk of cyber-attacks in the upcoming year, and only 6% see cyber threats as a challenge to growth.

This year regulation has emerged as driving change not obstructing it. In a major shift in opinion, leaders from all sectors and regions, except in North America, regard regulation as a key driver of innovation (25%), topped only by profitability (27%). As governments use policy levers to accelerate social good (reduced sugar in carbonated drinks and less toxic pesticides, for example) company leaders are grasping these new opportunities in the market to innovate and grow, the Growth Barometer finds.

Kimmitt says: “Successful and profitable responses to convergence favor the fast. Companies can adjust to rapid disruption by pivoting from their initial value proposition and company offering to provide a service within the same industry that has a higher demand. Agile companies who can adjust their offering or business model to align with a shifting consumer environment are the ones who will thrive.”

In a show of confidence that growth is sustainable, 39% of companies plan to hire full-time talent in the next 12 months. This is a significant increase from 13% in 2017. Moreover, only 1% of respondents are seeking to reduce their staff, down from 9% in 2017. In fact, attracting talent with the right skills tops the list of growth accelerators – ahead of process efficiencies and new technology.

Diversity has shot to the top of the recruitment agenda, with 41% of respondents citing it as the greatest hiring priority compared to only 11% in 2017. The report findings indicate that there is a strong correlation between CEOs prioritizing diversity as a recruitment objective and those with the least diverse executive teams.

For those companies who have already built diverse executive leadership, the focus is on talent with strong digital skills, according to the Growth Barometer. Over half (56%) of company leaders are looking to build digital competencies through new hires.

However, a lack of skilled talent is a major cause for concern, especially in those in areas of the world where talent shortages have been exacerbated by skills flight, such as Brazil and Mexico. Even in the US, 20% of business leaders consider this to be the greatest risk to growth – an 8% increase from 2017.

While access to credit continues to be an issue, this year company leaders cite insufficient cash flow as a more significant challenge, with more than one in three (35%) ranking it first. The lack of working capital trumps both risks of technological disruption and lack of skilled talent. The problem is most acute in Europe where it is ranked first by 37% of respondents led by French CEOs, half of whom (50%) place it in pole position.

Kimmitt, says: “The funding gap matters because companies with high-growth potential that fail to secure early investment can have a harder time scaling-up, and much of the time, these companies are led by women. Financial support for women-led businesses represents a major challenge and only a handful of organizations around the world are focused on supporting the growth of women-led businesses.”

Adam Phones partners with SteelEye to enhance its compliance portfolio