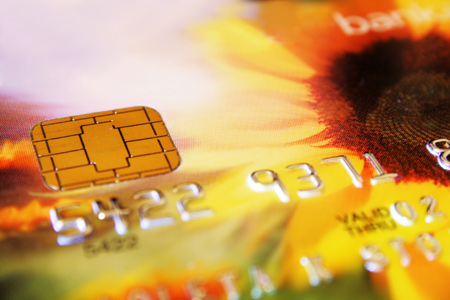 Alternative lending is set to stay and significantly shake up the banking market, according to the world’s leading credit experts. But news from the University of Edinburgh Business School’s biennial Credit Risk and Credit Scoring Conference paints a positive picture for both business and personal borrowers.

In a survey of 200 global conference delegates, from 40 countries, three quarters (75%) of experts questioned felt alternative lenders – such as Zopa and other peer-to-peer lenders – posed a real threat to banks and traditional lenders, with 19% believing them to be a ‘big threat’.

However, leading credit analysts appeared to welcome the challengers. More than half (55%) felt they will make the market for finance more competitive, while 53% believed alternative lending models are likely to increase access to finance in the next 5 years.

But experts caution the new lenders’ models are not without potential risks. 73% thought there are dangers in the methods the new crop of alternative lenders are using to decide who to lend to and how much to lend.  Around a quarter (26%) stated alternative lenders are relaxing controls on lending too much, and the same proportion felt these companies could be circumventing regulations in order to operate. One in five of those questioned (20%) thought the newer lenders may be more open to fraud.

The experts were broadly optimistic about the impact of the new breed of challenger brands for consumers and small businesses, with nearly half (48%) believing credit will become more available in the country they live in during the next six months. However, nearly three quarters of respondents (73%) believed financial stability can be improved by keeping lending criteria as they are, or tightening controls.

Jonathan Crook, Director of the Credit Research Centre at the University of Edinburgh Business School, commented: “The strong growth of alternative lenders over recent years shows no signs of abating, and the view of our expert delegation was that traditional banks need to adapt to keep up with this new, nimble market – and fast. In a market where a small difference to an interest rate can make all the difference in attracting a good customer’s business, banks that don’t push ahead with technological advancements in the way that newer challengers are could really begin to suffer.”

“It’s all good news for consumers and small businesses who may be looking for loans, and is actually positive for the market overall – greater competition will encourage innovation in areas such as personalising interest rates for customers.

Professor Jonathan Crook’s work, presented at the conference, included one such innovation in risk modelling. The new intensity model uses a new application of statistical modelling which could enable lenders to more accurately predict likely defaults on loans, potentially reducing the £13.2 billion annual ‘black hole’ that currently exists due to unpaid loans.

Banks using the new system should be able to much more accurately predict which borrowers will miss loan repayments and when, which may enable them to offer ‘tailor-made’ interest rates based on specific past borrowing behaviour and credit risk.

The model suggests borrowers with poor credit scores and histories would pay higher interest while those with a good credit profile should increasingly benefit from lower interest rates as lending institutions begin to compete more vigorously on lending rates.