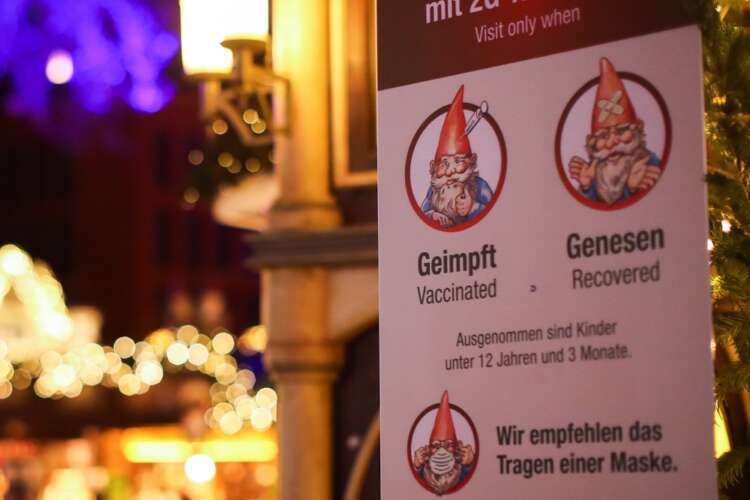 The surge in infections comes at a difficult time as Chancellor Angela Merkel is preparing to hand over to a new government after a national election in September.

The leaders of the Social Democrats (SPD), Greens and Free Democrats, who are trying to form a new coalition, were due to break off their talks on Tuesday to meet Merkel to discuss the pandemic, sources close to the negotiations told Reuters.

The three parties are in the final stages of clinching a coalition agreement and hope to present the deal on Wednesday, one source close to the talks said.

But it is the German regions, rather than the federal government, that have most of the powers to impose restrictions to rein in the pandemic.

As the number of COVID-19 deaths in Germany nears 100,000, the United States advised on Monday against travel there.

Spahn said more public spaces should be restricted to those who were vaccinated or recently recovered from COVID-19 and also had a negative test.

“We are having to move patients around as intensive care units are full and that doesn’t just affect COVID-19 patients,” he told Germany’s Deutschlandfunk radio.

Many German regions have already started to impose tighter rules, including demanding that vaccinated people show a negative test to attend indoor events.

On Monday, Spahn said that by the end of the winter almost everyone in Germany would be “vaccinated, recovered or dead”.

Neighbouring Austria has reimposed a full lockdown due to surging caseloads. Spahn has not ruled out similar steps in Germany, although he said on Tuesday that would be decided region by region.

Many Christmas markets have been cancelled, especially in the hard-hit regions of Bavaria and Saxony. The eastern state of Brandenburg decided that children no longer have to go to school and is starting its Christmas holidays three days early.

The force of the pandemic’s fourth wave has prompted more politicians to back compulsory vaccinations, a divisive topic that is likely to face Germany’s new government. About 68% of the population are fully vaccinated.

“The coronavirus is going to stick around,” said Volker Bouffier, premier of the region of Hesse. “Either we go from wave to wave, introducing restrictions again each time, or we succeed in raising the vaccination rate.”

Some 7.3% of citizens have had a booster and while long queues have formed in many places for a third shot, Spahn has tried to allay concerns about supply.