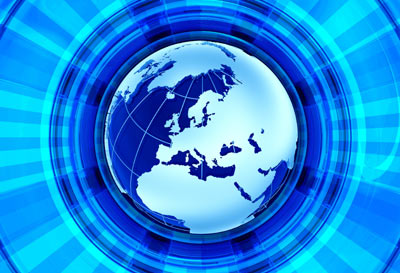 The automation of IT processes is a crucial factor in the success of future technologies and trends such as big data and cloud services, according to new research released by Automic. Looking at technologies and trends including big data, cloud services, mobile applications and consumerisation of IT, the findings reveal that across the board middle managers consider IT Automation to be more important than other groups.

The research also found that IT automation ranked as the most important factor for companies seeking to successfully harness big data, receiving an average rating of 2.11 on a scale from 1 (very important) to 5 (unimportant). The majority of the participants were from Europe (91 per cent) working at medium sized companies with an overall annual revenue from 50 million to 2 billion Euros.

One explanation for this response is due to the vast range of available data sources that can now be analysed, but that are not yet integrated accordingly. Similarly, working with big data depends on the ability to evaluate high volumes of data quickly and efficiently. Therefore, the more frequently someone has to intervene manually in the process, the longer this analysis takes. Surprisingly the research also showed that middle managers classified the role of IT automation on average 0.57 points higher than their expert colleagues.

“Our research highlights the importance of automation across all systems, regardless of system boundaries and particularly for Big Data and the Cloud. Companies are now exposed to a large amount of data and operate in an increasingly complex IT environment,” comments Richard Muirhead, CEO, Automic. “This can create extra work and increase the risk of error, while the efficient orchestration of new technologies can be integrated into the automation of company processes and remain totally independent from providers or systems.”

According to the research, IT automation was also influential in the success of cloud services, being classed (0.66 points) higher by middle managers than by their expert colleagues. Ranking 2.37 points on average as part of the research, it proved an important influence for respondents alongside big data. The value here is due to the currently lower integration levels of purchased cloud services in customer systems. Opportunities for automation often end at the system boundaries of cloud service providers, where the client has to put in additional resources to process the data.

SECURE ELEMENTS VS CLOUD-BASED HCE: WHAT IS MORE SECURE FOR NFC MOBILE PAYMENTS?