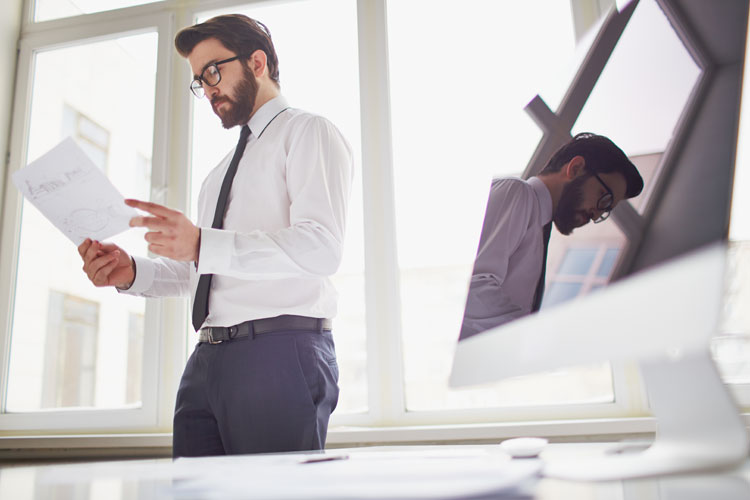 Compliance is a never-ending process for businesses and the regulatory requirements across most industries are evolving constantly. This means that attempting to stay on the right side of all this regulation, can feel like a major challenge.

This is particularly true in financial services (FS), one of the most heavily regulated industries of all. And with Article 50 submitted in March of this year (2017), Brexit will take place less than two years from now and the impact on FS compliance could be considerable. EY’s financial services Brexit tracker recently revealed that 15% of FS firms surveyed are expecting to move staff from London and the whole regulatory climate could get much more complex.

What is the potential impact of Brexit on FS compliance and risk management, and how best can firms manage this?

The importance of FS and the changing regulatory landscape

The UK’s economy relies greatly on FS. UK Government data revealed that in 2016, financial and insurance services contributed £124.2 billion in gross value added (GVA) to the UK economy, 7.2% of the UK’s total GVA. So any changes resulting from Brexit will have an impact not only on the FS industry, but the overall economy too.

That’s why it is so important for FS organisations – both in the UK and in mainland Europe – to be able to navigate complex regulatory and compliance requirements effectively. Part of the reason why so many FS firms currently have such a strong presence in the UK, is down to the EU passporting agreement, which allows any UK-based company to operate freely across Europe, an arrangement used by thousands of organisations.

But given that the UK Government has stated quite clearly it will not seek membership of the Single Market, it is highly likely that when the UK leaves the EU, UK FS firms will no longer be able to passport their services across the EU under the Single Market Directives as they do currently. Without this, a UK bank must have state-level authorisation to perform regulated activities in the EU.

This is no small undertaking, particularly if multi-state authorisation is needed, and if it proves impossible then UK FS firms will need to look at Third Country Regime (TCR) access provisions. These offer certain rights of access for FS, such as conducting certain regulated activities, without further authorisation requirements from the EU.

This could work well enough – although not all of the current passported activities are covered – but only if the EU counterparts are offered a reciprocal arrangement, which is a political decision yet to be made.

In reality, no one can predict with any certainty what will happen in the FS sector post-Brexit. But what one can predict, is the likelihood that the compliance and regulatory demands will grow tougher. Banks must restructure so they can continue to serve EU customers without spending a fortune doing so – regulation will be arguably the key consideration.

There are already proposals within the Capital Requirements Directive 5 (CRD 5) that means non-EU Global Systemically Important Banks (G-SIBs) may be required to establish an EU Intermediate Parent Company (IPC), which could add a whole other level of compliance and regulation.

Compliance, navigating the regulatory landscape and managing all the attendant risk management issues, will come right to the fore for FS firms, post-Brexit. This is as true for UK FS firms who wish to continue working with the EU, just as much as it is for EU FS firms that wish to do so in the UK. Because regulatory compliance is an on-going activity, so must be the management of it. It requires the input of experts who can offer a business the correct information in a rapidly-changing environment.

While all FS organisations have their own compliance officers and teams, liaising with regulatory bodies and governments, and also their own GRC systems to manage this, such approaches leave an organisation vulnerable to rapidly changing circumstances. Given the critical importance of achieving compliance, FS businesses must be ready for the threats, risks and surprises that may come their way, and to do so requires an automated approach, combined with the real-time insight provided by an industry expert that understands exactly what must be done.

Whatever happens in FS post-Brexit, the UK will be subject to international commitments from the G20, such as the OTC derivatives reform, and also the Basel Committee on Banking Supervision (capital requirements). It is also true that the UK and EU could be affected by the US, if President Trump pursues a more de-regulatory stance. But no matter which scenario plays out, the FS sector is set for challenging times – can organsiations in the UK and the EU really afford to get it wrong when it comes to regulatory compliance?

OUR DEVICES ARE TALKING… BUT ARE WE LISTENING?