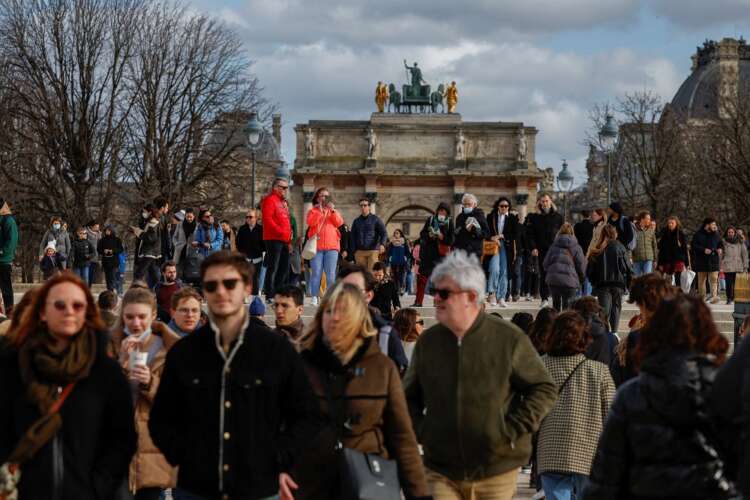 PARIS (Reuters) -France will raise the salary index of its civil servants by 3.5% on July 1 in order to tackle rising inflation, Public Sector Minister Stanislas Guerini said on Tuesday.

The index used for the global calculation of civil servants’ remuneration has been frozen since 2017 as inflation had been low.

“In view of unprecedented inflation, we took an exceptional measure, an overall increase in the salary index of public servants,” Guerini said on Twitter, confirming trade union reports.

The move would cost the state an estimated 7 billion euros, as a 1% increase in the salary index of France’s 5.7 million public servants represents a cost of some 2 billion euros for the state, government sources said.

Trade unions had requested index hikes ranging from 3% to 10%.

Meanwhile lawmakers are preparing legislation to shore up households’ buying power by raising some forms of government assistance by 4% at a cost of 8 billion euros ($8.47 billion) from July to April next year, Les Echos business paper reported on Sunday.

France’s central bank forecast this month that inflation would average 5.6% this year before falling to 3.4% in 2023 and easing to just below the European Central Bank’s 2% target in 2024.

A growing number of employees in the private sector, including those working in air transport and trucking, have called for pay rises to offset the rising cost of living and for strikes to back their demands.

These concerns are piling pressure on President Emmanuel Macron and his government after he and his centrist party lost control of parliament in an election earlier this month. His opponents so far have ruled out any form of coalition or pact with his party. ($1 = 0.9445 euros)