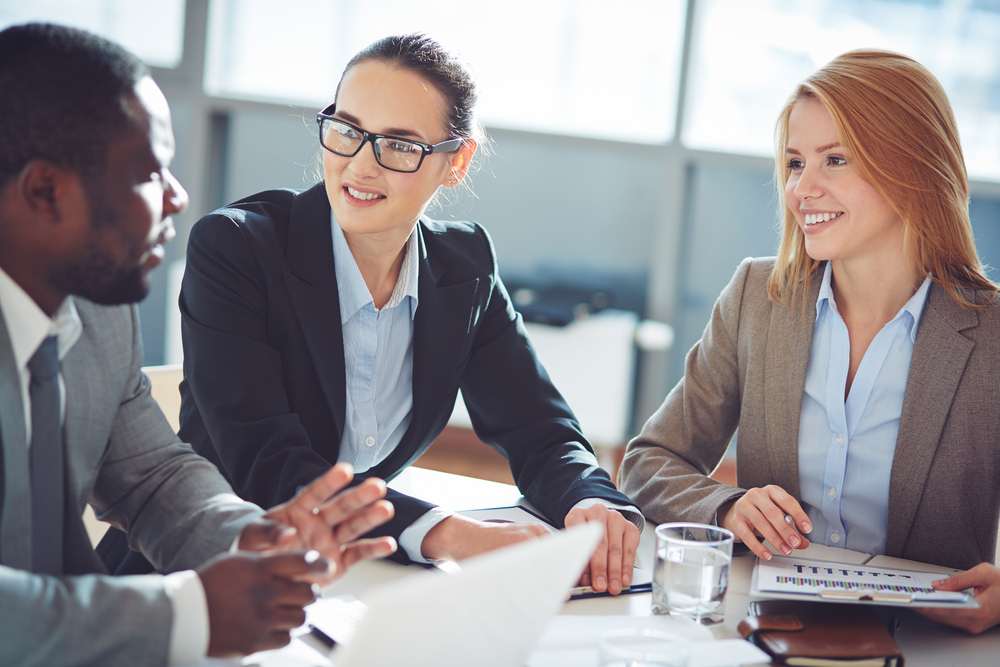 Governor Gina M. Raimondo chaired a busy meeting of the Commerce Corporation today and made a major jobs announcement representing new opportunities for Rhode Islanders at all skill levels. In all, partnerships were approved with four companies bringing a total of more than 2,000 permanent jobs, $800 million in private development and more than 1,000 construction jobs to Rhode Island. Over 15 years, these four projects will add $118 million in new net revenue to the state.

“We’ve come a long way in the last three and half years. In 2014, we had the nation’s highest unemployment rate. Today, there are more jobs in Rhode Island than ever before and more Rhode Islanders working than any time in the last decade,” said Governor Raimondo. “The progress we’ve made since 2014 hasn’t been an accident. We made a tough choice to totally revamp our approach to job training and economic development. Today, four more companies are choosing to invest in Rhode Island and hire thousands of Rhode Islanders at every level. We will keep going and keep working until every Rhode Islander is included in our comeback.”

Infinity Meat Solutions is a subsidiary of Retail Business Services, a services company of Ahold Delhaize USA. Infinity is eligible for an average of approximately $948,000 in Qualified Jobs incentives each year for up to 10 years beginning when the company reaches certain hiring benchmarks and employees are paying Rhode Island income taxes. In addition, the company is eligible for $1.9 million in Rebuild RI tax credits to support the construction of its new facility and a sales tax rebate on construction materials purchased in Rhode Island. In all, Infinity Meat Solutions’ decision to expand in Rhode Island will add nearly $60 million of activity to Rhode Island’s economy each year and generate more than $10 million in additional state revenue over the next 10 years.

“Retail Business Services has appreciated the strong engagement and support of Governor Raimondo, Secretary Pryor, and their team throughout this process. We’re grateful for the Rhode Island Commerce Board’s approval of these incentives for our subsidiary, Infinity Meat Solutions, to locate a state-of-the-art facility in Rhode Island and create jobs in the state,” said Retail Business Services President Roger Wheeler. “We look forward to finalizing the details and breaking ground for this facility in the coming months.”

“I’m very impressed by how aggressive Rhode Island worked with us to offer us an extremely attractive package to move our operation to the Ocean State,” said Mack Barber, President of iXblue Defense Systems. “With the support of the state and the business community we are moving to a facility that more closely meets our needs to grow our business.”

“Rhode Island has been our corporate home for more than 25 years, but it has not always been easy to grow a business here. Like most Rhode Islanders, we never wanted to leave our State, but had to open hubs in cities like Miami to survive,” said Stephen Rosa, president/CEO of (add)ventures. “With business now thriving in both New England and Miami, the Raimondo Administration and Commerce Corporation have finally made it easier for companies like mine to create jobs and keep Rhode Islanders here, at home, where they belong.”

“Today demonstrates exactly what we had in mind when we created these programs — recruiting new businesses to Rhode Island and helping existing Rhode Island businesses expand,” said Rhode Island Commerce Secretary Pryor. “These 2,000 new permanent jobs and 1,000 construction jobs will provide a wide array of employment opportunities to Rhode Islanders. So far 27 companies have expanded or landed in the Ocean State under Governor Raimondo’s leadership. Our state has momentum and we must continue our efforts until all Rhode Islanders experience the economic progress we are making.”

Twenty-seven companies have relocated to Rhode Island or expanded their existing Rhode Island operations using the Qualified Jobs Tax Credit Program. The State’s real estate investment programs are investing in 33 development projects that are creating nearly 7,000 construction jobs and injecting nearly $2 billion dollars of investment into Rhode Island. Appleseed estimates that combined these projects will add nearly $775 million dollars annually to the state’s GDP. Over 15 years, these projects will add $271 million in net new revenue to the state.

As soon as Governor Raimondo took office, she began work to revamp Rhode Island’s approach to job training and economic development. Under her leadership, the state has added 16,500 jobs and the unemployment rate has been cut by one-third. There are more jobs in Rhode Island today than ever before and the state’s economy has gone from #33 in the nation to #9, according to Business Insider.

Total Expert and Blend Partner to Elevate the Lending Experience