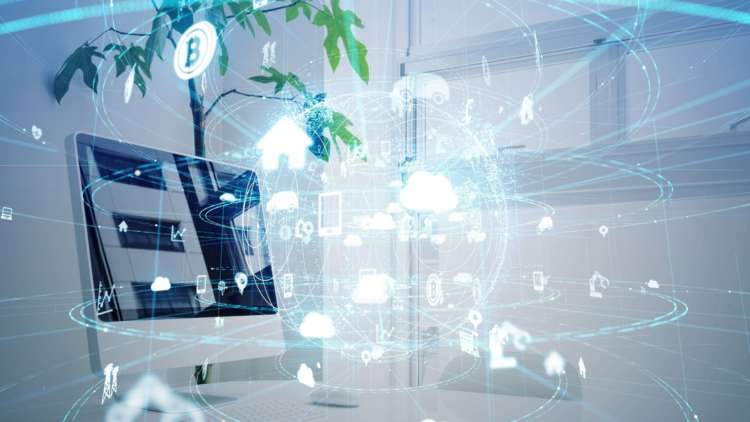 Connections become data and data becomes services. So many objects in our lives are now networked and they benignly collect data about our behaviour which, so we are assured, enables us to be provided with offers for products and services we need or desire.

We can even pay with data. That’s why Google products are free. In return for our transaction data, a manufacturer or retailer will provide us with a product gratis, but you will be inundated with ‘targeted’ advertising for hotels, restaurants and other products.

The transactional element – payment – is also gradually becoming silent. Take parking tickets as an example. Rarely do we need to search in a pocket or purse for the right change anymore. Parking meters take credit and debit cards, or ANPR systems log our parked cars and we pay using the designated online parking app which holds our card details.

In the future it won’t just be cards replacing cash, it will be software, in the form of apps, eventually replacing cards. We’re not quite there yet. We still need standardised interfaces and nationwide mobile reception without dead spots and, of course, citizens willing to embrace this innovation.

On the face of it, the Internet of Things (IoT) promises to take over tasks we would ordinarily do without much thought – remembering to buy milk or replacing printer cartridges, for example. Remember the smart fridge which would automatically order and pay for milk without any human interaction? The fact is, it’s a fairy tale. Not one household appliance manufacturer builds a fridge that does this, and the reason is because humans are perfectly capable of doing it themselves, easily, so there’s no demand.

Ideas that focus too much on technology and not enough on its practical purpose quickly lose their charm. This happened with Amazon’s Dash Button – a self-adhesive mini transmitter for IoT that looked like a bell-button with a name tag that could be stuck to the wall in any position close to the item it represented. Amazon Prime subscribers could use it to re-order a specific product, such as detergent, kitchen rolls or razor blades, at the touch of the button, without having to take the smartphone out of their pocket or start the computer. It sounds convenient: ring once, goods arrive, money is debited. Where it fell apart was when it came to the need to order lots of different products of a similar nature, bleach, bathroom cleaner and sponges for example, which left multiple Dash buttons decorating the walls.

The icing on the cake of Amazon’s operational short-sightedness, however, was to overlook the fact that one of its main target groups – time-poor parents of small children — would never willingly distribute lots of colourful buttons on the walls of their homes knowing that their kids would be tempted into pressing them. Since Dash literally made online shopping a breeze, it would have been very hard for them to keep up with the avalanche of products being delivered, or the returns.

Amazon’s strategic goal was to use IoT technology to move the point of sale to the point of use, to make check-in and check-out equally superfluous and thus monopolise access to the customer. It promoted the concept of a quick purchase without thinking twice. Fortunately, Amazon has switched to a combination of m-commerce and voice commerce which allows consumers to place orders via a mobile phone app or Alexa voice recognition. They still have convenience, but none of the silly buttons.

Price must be transparent for easy payment

While IoT-based solutions can facilitate quick purchases or uncomplicated payments if there is no conflict with the competition and the price or tariff is transparent for the customer, the real question is whether ‘things’ actually have a role to play at all. By far the most important ‘thing’ that could be associated with the Internet is the mobile phone, and that makes anything else seem completely unnecessary. A smartphone serves the same purpose as a computer, only with a smaller display.

IoT has become established as a term for the contact between mobile electronics and services in the cloud, but it still provides no standard guarantee that if payment is involved, it will be accepted. At French toll booths contactless payment is only accepted if it is supported by Carte Bancaire, so anyone with a MasterCard or an American Express stored on an iPhone is left at the head of the queue with the barrier down.

Where IoT may find an appropriate application in the future is in cars. An autonomous electric car would certainly be able to make appointments with the garage to book an MOT or have the tyres changed. The prerequisite would be a service contract with fixed prices agreed by the owner so that payment can be made automatically.

In petrol stations, petrol pumps could communicate with the on-board infotainment system. In fact, since 2018 several Jaguar models have offered their owners the option of making a payment at participating Shell petrol stations via in-car payment on the touch screen of the dashboard via PayPal, Apple Pay or Google Pay

Like at many cashless supermarket petrol stations, customers can enter their card details before filling up, and drive off immediately after the nozzle has been re-attached. However, petrol stations  earn more from the shops than from the sale of petrol, so we are likely to see the autonomous car’s IoT connections enabling the driver to get drinks, snacks or cigarettes while the petrol is still flowing in. If the concept becomes established in the petroleum industry and mass car manufacturers follow the example of the British premium brand, queues could therefore become shorter not only at the petrol pumps but also at the shop checkouts, which only have to register – not take payment – of the retail sales.

Away from the hype of IoT it is possible to see where it really will have application in the future– in supporting useful, convenient and secure payment processes – and not where it can tell you if the milk in your fridge needs replacing.

How Covid-19 is accelerating a radical change to real estate

How influencer marketing can supercharge the banking sector