EU leaders to discuss next steps on energy, Ukraine

UK cabinet was not informed of plans to scrap top rate of tax, Truss says

Can crowdfunded property turn rundown neighborhoods around?
Our website publishes news, press releases, opinion and advertorials on various financial organizations, products and services which are commissioned from various Companies, Organizations, PR agencies, Bloggers etc. These commissioned articles are commercial in nature. This is not to be considered as financial advice and should be considered only for information purposes. It does not reflect the views or opinion of our website and is not to be considered an endorsement or a recommendation. We cannot guarantee the accuracy or applicability of any information provided with respect to your individual or personal circumstances. Please seek Professional advice from a qualified professional before making any financial decisions. We link to various third-party websites, affiliate sales networks, and to our advertising partners websites. When you view or click on certain links available on our articles, our partners may compensate us for displaying the content to you or make a purchase or fill a form. This will not incur any additional charges to you. To make things simpler for you to identity or distinguish advertised or sponsored articles or links, you may consider all articles or links hosted on our site as a commercial article placement. We will not be responsible for any loss you may suffer as a result of any omission or inaccuracy on the website. 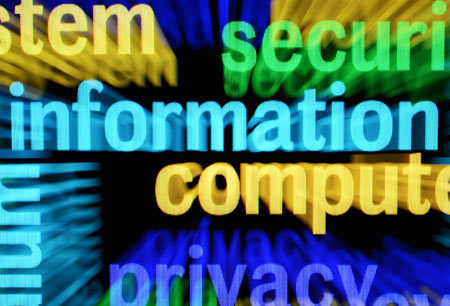 FireEye, Inc. (NASDAQ: FEYE), the leader in stopping today’s advanced cyber-attacks, released a comprehensive intelligence report that assesses that a financially motivated advanced threat group has been carrying out ongoing attacks against publicly traded companies in a likely attempt to play the stock market.

The report – Hacking The Street? FIN4 Likely Playing the Market – details the work of a team of native-English speaking operators with extensive knowledge of the nuances in industries they targeted as well as financial practices. Designated by FireEye as FIN4, the group has been observed collecting information from nearly 100 publicly traded companies or their advisory firms, all parties who handle insider information that give a clear trading advantage to the attacker.

“Advanced threat actors conducting attacks to play the stock market to their advantage has long been a worry but never truly seen in action,” said Dan McWhorter, VP of threat intelligence, FireEye. “FIN4 is the first time we are seeing a group of very sophisticated attackers actually systematically acquire information that only has true value to a criminal when used in relation to the stock market.”

Unlike the often nation-state backed Advanced Persistent Threat groups originating from China and Eastern Europe tracked by FireEye, FIN4 carries out its attacks in a unique manner never seen before. The group does not utilise malware, instead relying heavily on highly-targeted social engineering tactics and deep subject-matter expertise to deliver weaponised versions of legitimate corporate files. Specifically, FireEye found that since at least mid-2013, FIN4 has made product development, M&A strategies, legal issues, and purchasing processes of companies its target data points.

While FIN4’s unique methodology of not using malware allows them to evade traditional detection and attribution, the report provides analysis of the social engineering and document weaponisation the group employs as identified through FireEye investigations and detections. With a strong command of English colloquialisms, regulatory and compliance standards, and industry knowledge, FireEye researchers believe FIN4 to be US-based or, possibly, Western European.

FireEye researchers also found that while FIN4 has highly advanced techniques for breaking into an organisation, they have security practices on the data they transmit. Stolen login credentials were shown to be transferred to FIN4 servers in plain text while the operators themselves use TOR to mask their locations and identities.

MOBILE POS IS GROWING UP