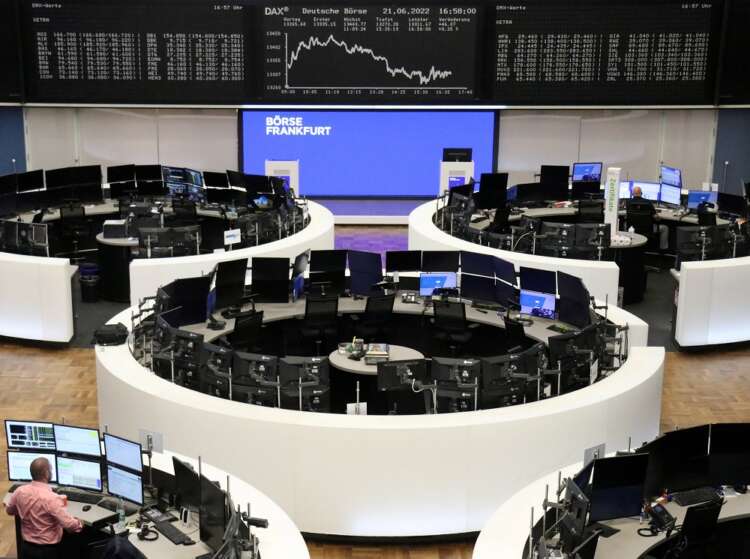 Global equities stabilised in the past two sessions after a volatile selloff last week on fears that aggressive tightening measures by central banks to tame inflation will cause a sharp economic downturn.

Oil & gas index tumbled 3.7% as oil prices dived by more than $6 a barrel amid a push by U.S. President Joe Biden to cut fuel costs for drivers. [O/R]

Miners fell 4.1% as metal prices were dragged down by a robust U.S. dollar and fears over a global economic slowdown. [MET/L] Defensive telecoms and food & beverage stocks fell the least.

“The markets need to digest a new monetary environment, and potentially a growth slowdown in the next couple of quarters, and that never bodes well for equity markets,” said Maarten Geerdink, head of European equities at NN Investment Partners.

“Fundamentally, some of the companies look extremely attractive and some people are willing to re-engage in the long term but at the same time there are worries about tighter monetary policy and slowing growth.”

A combination of surging inflation, tighter monetary policies, the Ukraine war and a slowdown in China’s economy has pushed the wider STOXX 600 down 18.8% from its all-time closing high hit on Jan. 4.

Among individual stocks, BASF slid 5.2% after the German chemical group’s CEO said the company is likely to face a considerable downturn early in the second half of the year.

European steel companies such as ArcelorMittal, Voestalpine and Salzgitter fell in the range of 8.3% and 13.5% after JPMorgan downgraded the stocks, saying steel prices are yet to bottom.

(Reporting by Sruthi Shankar in Bengaluru; Editing by Shailesh Kuber and Uttaresh.V)

Umicore’s ‘all in’ bet on battery materials knocks shares