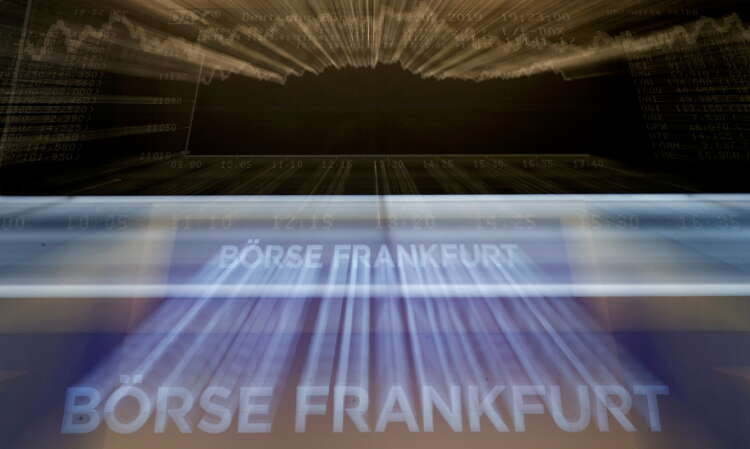 By Anisha Sircar and Ambar Warrick

(Reuters) -European stocks closed flat on Monday, as gains in banks and commodity-linked sectors were offset by losses in industrial stocks on rising bond yields, and as the outlook for the telecom sector deteriorated.

Mining and energy stocks rose 1.8% and 1.0%, respectively, boosted by oil prices at multi-year highs and a rebound in copper prices as a drop in Chinese inventories fuelled expectations of more buying. [O/R] [MET/L]

“The market has been worried about the risk of stagflation for the past few weeks. And every time you get to see oil prices going up, that’s when the market starts to worry that stagflation risk is coming back,” said Andrea Cicione, head of strategy at TS Lombard.

Rising bond yields, driven by expectations of monetary policy tightening in the U.S. and Britain, benefited bank stocks, with the sector rising 0.8% to a more-than two-year high. [GVD/EUR]

HSBC Holdings gained 1.9% as concerns about pandemic-related bad loans were replaced by a surprise 74% rise in the British bank‘s third-quarter profit and $2 billion buyback announcement.

But rising yields weighed on industrials and utilities, as they made future returns from the sectors, which are largely dividend-linked, appear less attractive.

Telecom stocks sank 0.9% after BofA Global Research reinstated “underperform” ratings on Nokia and Ericsson on low earnings expectations, and signs that the 5G market had peaked.

The STOXX 600 finished at over six-week highs last week, buoyed by optimism about the earnings season. The focus turns to major earnings reports this week, as well as a European Central Bank meeting.

Of the 18% of STOXX 600 companies that have issued third-quarter reports so far, 63% topped analysts’ profit estimates, as per Refinitiv I/B/E/S data. About 52% beat estimates in a typical quarter.

Spain’s Sabadell rose 2.8% after it said its board had rejected an offer from Co-operative Bank for its British subsidiary TSB.

(Reporting by Anisha Sircar in Bengaluru; editing by Uttaresh.V and Barbara Lewis)