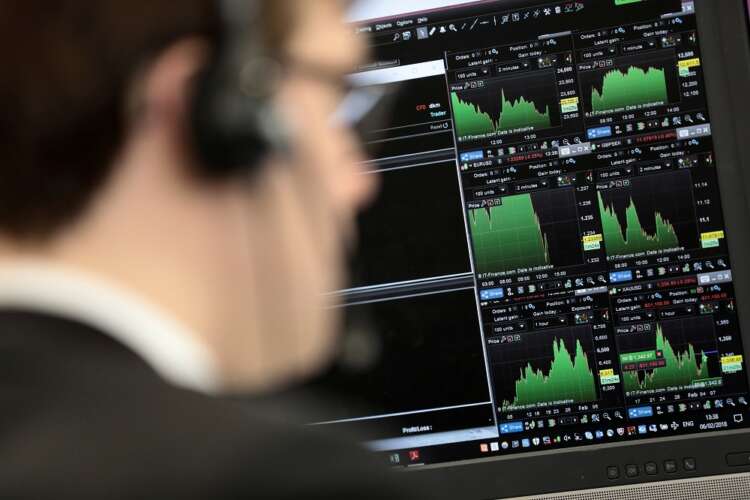 By Samuel Indyk and Elizabeth Howcroft

LONDON (Reuters) – European shares were lower on Tuesday, while yields on 10-year U.S. inflation-linked bonds were close to turning positive for the first time in two years, as the prospect of aggressive Fed tightening to rein in inflation kept investors on edge.

Investors were also preparing for the next barrage of company earnings that will help them assess the impact of the Ukraine war and a spike in inflation.

Heineken, Nestle and Renault report out of Europe this week. Netflix, Tesla and Verizon are scheduled to report this week from the United States.

Yields on 10-year U.S. inflation linked bonds held near the two-year highs they reached on Monday, and are within touching distance of turning positive for the first time since the onset of the pandemic.

Equity investors had been reassured by the fact that, when stripping out the effects of inflation, bond yields had been deep in negative territory, but that looks set to end. 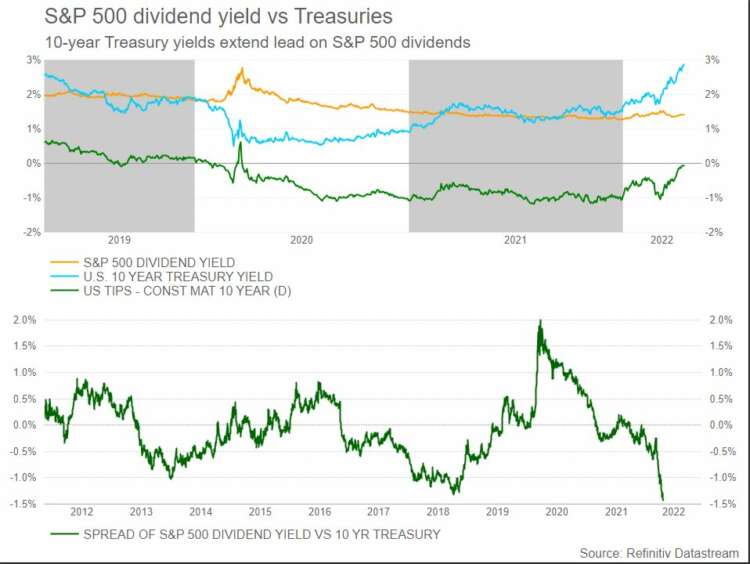 At 1035 GMT, the pan-European STOXX 600 was down 1.1%, Germany’s DAX was down 0.9% and Britain’s FTSE 100 was 0.4% lower – although analysts warned about over interpreting moves given lower liquidity over the long Easter weekend.

The Federal Reserve looks all but certain to raise its interest rate by 50 basis points when it meets next month and a 75 basis point hike hasn’t been ruled out.

St. Louis Federal Reserve President James Bullard repeated his case for raising rates to 3.5% by the year-end on Monday, adding a 75 basis point hike should not be discounted, although this was not his base case.

“I think that’s a good reminder for markets that that is actually possible but he is known for his hawkish views so you do have to take that into account as well,” said Baylee Wakefield, multi asset portfolio manager at Aviva Investors.

Wakefield added the latest developments in Ukraine, where Russia has launched a new offensive in the east, is having an impact on markets in terms of volatility.

The dollar index rose above 101 for the first time since March 2020, as the greenback hit a 20-year high against the yen and tested a two-year peak on the euro, amid higher U.S. Treasury yields.

The divergence in monetary policies between Japan and the United States has pushed the yen to its weakest level against the dollar since 2002 at 128.465.

“Japan is looking to continue to stimulate the economy, which is quite a big contrast to what we’re seeing in the U.S. with more aggressive tightening expected,” Wakefield added.

Oil prices edged lower but remained near their highest since mid-March as investor worried over tight global supply after Libya was forced to halt some oil exports as forces in the east expanded their blockade of the sector.

Gold prices were steady after coming close to reaching $2,000 an ounce during Monday’s session. Spot gold was last at $1,976.04 an ounce. 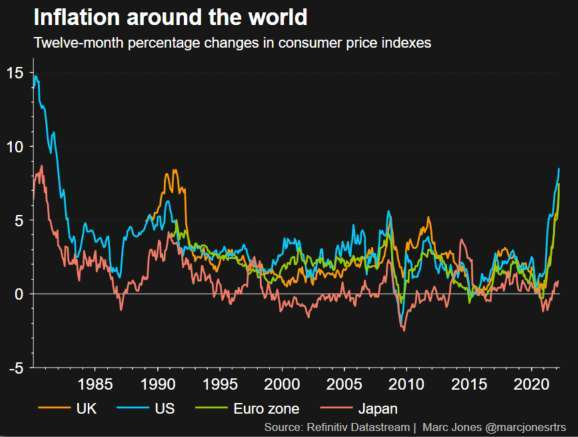