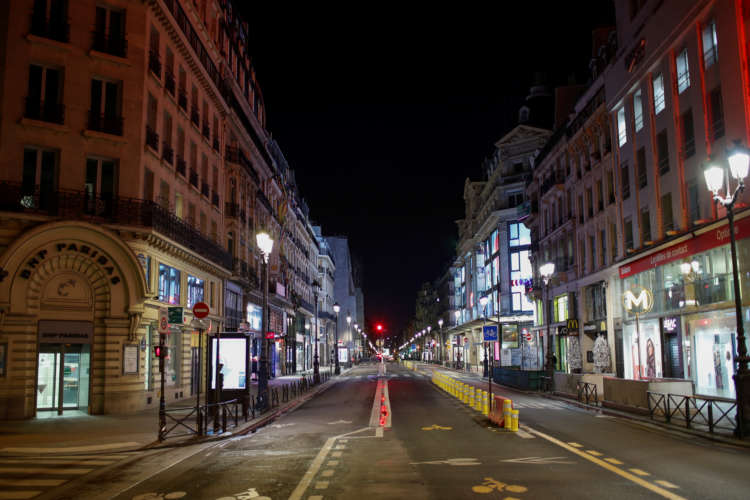 BRUSSELS (Reuters) – The euro zone economy declined by 0.6% in the first quarter of 2021, data showed on Tuesday to confirm a technical recession, as gross domestic product contracted in all larger countries except France.

The European Union’s statistics office Eurostat said GDP in the 19 countries sharing the euro fell 0.6% quarter-on-quarter in the Jan-March period, for a 1.8% year-on-year fall.

The figures were in line with the initial flash estimate on April 30. Together with the GDP decline in the fourth quarter of 2020, of 0.7% in the quarter and 4.9% from a year earlier, the euro zone was in its second technical recession since the COVID-19 pandemic began.

The economies of Germany, Italy, Spain and the Netherlands all contracted. France’s grew by 0.4% quarter-on-quarter.

Eurostat also said that employment fell 0.3% on the quarter in the first three months of 2021 after a 0.4% quarterly rise in the previous quarter. This equated to a 2.1% year-on-year decline.

In separate release, Eurostat showed imports from Britain were down by more than a third in the first quarter of 2021 following the British exit from the EU single market.

The 27-nation bloc’s trade surplus with Britain rose to 35.8 billion euros ($43.73 billion) as exports were down by a more modest 14.3%. The decline in exports and imports was most marked in January and less acute in March.

Adjusted for seasonal swings, the euro zone trade surplus with the rest of the world was 13.0 billion euros in March from 23.1 billion euros in February as exports fell 0.3% on the month while imports rose 5.6%.

Measured Steps Toward an ESG Standard