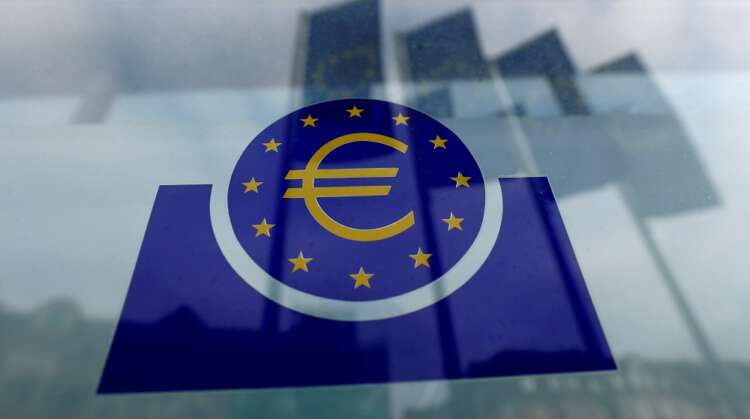 (Reuters) – Euro zone bond yields fell on Thursday after data showed business activity in the bloc slowed more than expected in June and Germany triggered the alarm stage of its emergency gas plan, adding to concerns over global growth.

S&P Global’s flash composite purchasing managers’ index dropped to 51.9 in June from 54.8 in May, indicating significantly slower growth in activity. Economists polled by Reuters had expected a reading of 54.0.

Germany’s action on gas is the latest escalation in tension between Europe and Russia and signals to companies and households that painful cuts are likely to be on the way.

It deepens fears around growth and a potential recession that have gripped markets all week.

Already British inflation data and U.S. Federal Reserve chairman Jerome Powell’s comments the bank is committed to bringing inflation under control even at the price of an economic downturn had added to nervousness.

The moves follow another 14-basis-point drop in the yield on Wednesday, setting it for the first weekly drop since mid-May.

Five-year yields, which are more sensitive to the policy outlook, dropped by as much as 25 bps and were last down nearly 17 bps.

“It seemed like yesterday recession risks were the main topic and that’s how the market traded and these PMIs just give the market an extra reason to go another leg further with that sort of scenario,” said Peter McCallum, rates strategist at Mizuho.

“I still think it’s difficult for yields to be sustainably lower when we haven’t got inflation data yet peaking, but it is a precursor to what we think we’re going to get more of towards Q4, when the economy starts slowing down.”

Money markets also pared back bets on rate hikes from the European Central Bank. They price in around 160 basis points of rate hikes by December, compared with the expectation of 170 basis points before Thursday’s data. 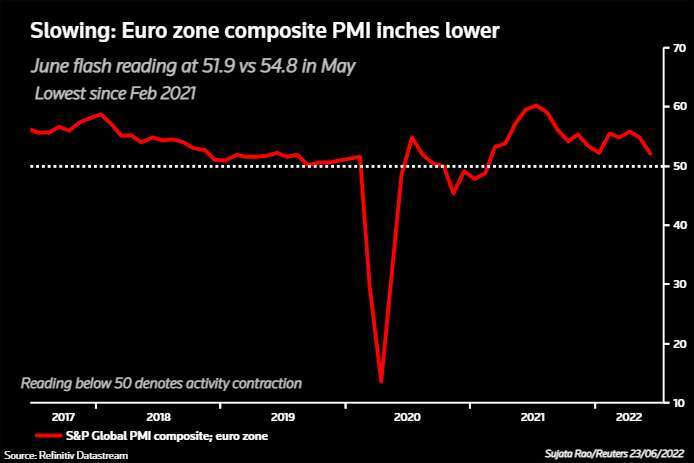 The European Central Bank will raise its deposit rate above zero for the first time in a decade in September, with a 50 bps move taking it to 0.25%, most economists polled by Reuters predicted.

The poll saw the neutral rate, which neither stimulates nor restrains demand, at between 1% and 1.75%.

Full Brexit impact yet to play out on UK finance, lawmakers say