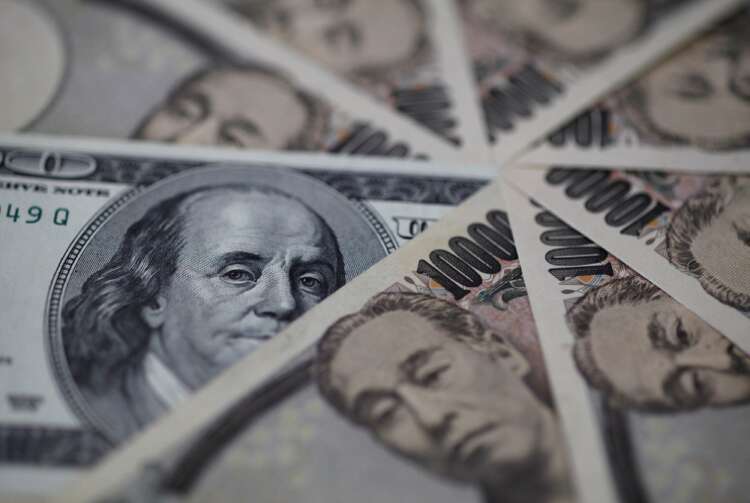 By Harry Robertson and Rae Wee

LONDON/SINGAPORE (Reuters) – The dollar slipped on Thursday after a raft of data showed the U.S. economy is losing momentum, while the yen rebounded as traders continued to bet the Bank of Japan will shift away from ultra-loose monetary policy.

U.S. data released on Wednesday showed retail sales fell by the most in a year in December and manufacturing output suffered its biggest drop in nearly two years, prompting a sharp drop in bond yields.

Analysts said the fall in yields, which makes dollar-denominated bonds less attractive, was a factor weighing on the greenback.

“The developments make us more confident that the Fed is getting close to the end of their tightening cycle, and support our bearish U.S. dollar outlook,” said Lee Hardman, senior currency analyst at Japanese bank MUFG.

Yet Hardman said the dollar should not fall too far, given its status as a safe asset in times of economic stress.

European Central Bank President Christine Lagarde on Thursday said inflation is far too high and that the ECB will keep raising interest rates.

“We shall stay the course until such a time when we have moved into restrictive territory for long enough so that we can return inflation to 2% in a timely manner,” she said in a panel discussion during the World Economic Forum in Davos, Switzerland.

Meanwhile, the dollar fell against the Japanese yen and was last 0.2% lower at 128.69 yen. That went a small way to undoing the previous day’s rise, which came after the BOJ’s decision to stand pat on its ultra-loose monetary policy.

Defying market expectations, the BOJ kept its interest rate targets and policy of yield curve control intact, and instead crafted a new weapon to prevent long-term rates from rising too much in a show of resolve.

The decision sent the dollar up some 2% against the yen, although it later pared gains to finish roughly 0.6% higher.

“It’s really reflecting the fact that market participants are still speculating (on) a shift in the Bank of Japan’s policy,” Carol Kong, a currency strategist at Commonwealth Bank of Australia, said of the yen’s rise on Thursday.

“While there’s still high expectations for a policy shift … I think that will keep the yen pretty elevated in the near term.”

The Australian dollar slumped 0.88% to $0.688, further pressured by a surprise dip in Australian employment in December.

New Zealand Prime Minister Jacinda Ardern on Thursday made a shock announcement that she would step down no later than early February and not seek re-election.

Investors were waiting for U.S. economic data, with weekly jobless claims and housing figures due at 1330 GMT.