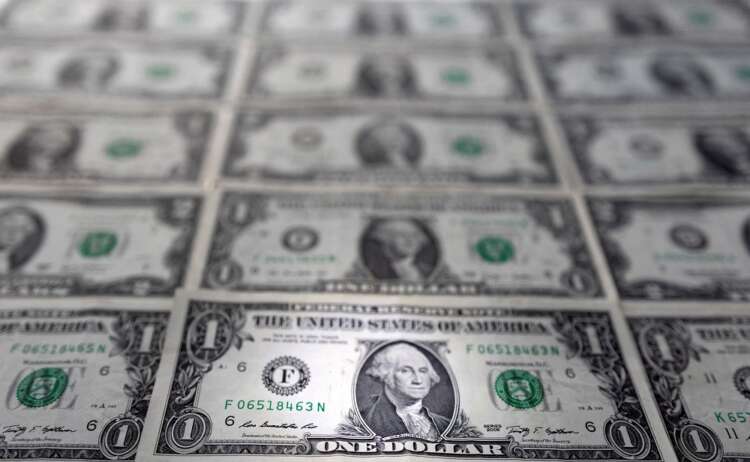 LONDON (Reuters) – The dollar was heading towards a two-year high against a basket of major currencies on Thursday after meeting minutes showed the Federal Reserve preparing to move aggressively to fight inflation, while commodity-linked currencies fell further.

The euro remained near a one-month low below $1.09 as investors await European Central Bank minutes due later.

Minutes from the March Fed meeting published on Wednesday showed “many” participants were prepared to raise interest rates in 50-basis-point increments in coming months.

They also prepared markets for a reduction in the Fed’s balance sheet after the May meeting at a rate of $95 billion per month, the beginning of the reversal of the massive stimulus it pumped into the economy after the COVID-19 pandemic struck.

“That’s nearly twice as quick as was seen during the last balance sheet run-down during the 2017-19 cycle,” ING analysts said.

“All of the above points to the Fed applying a heavy foot to the brakes, which should be positive for the dollar.”

The Australian and New Zealand dollars fell 0.5% and 0.2% respectively as the Fed’s tone offset a hawkish shift from Australia’s central bank, and a pullback in commodity prices also reversed some of their recent strength.

Minutes from the ECB’s March meeting, due later in the day, will be watched for insight into policymakers’ delicate balancing act to manage soaring inflation and slowing growth.

An increasingly close-looking presidential election in France is another wildcard, and the prospect of far-right candidate Marine Le Pen beating incumbent Emmanuel Macron has dragged on the euro and French debt ahead of Sunday’s first-round vote.

The Japanese yen was pinned near a one-week low and last traded at 123.80 to the dollar.

“High inflation is here to stay and the hawks are in the driving seat. This matters for DXY given the strength of relative rates in driving EURUSD and USDJPY recently.”

Broad selling of equities and other risk assets this week has also hurt cryptocurrencies. Bitcoin edged back from Wednesday’s 5% drop with a 0.5% rise to $43,402. [MKTS/GLOB]