Deutsche Bank to get tougher with suppliers over sustainability from July 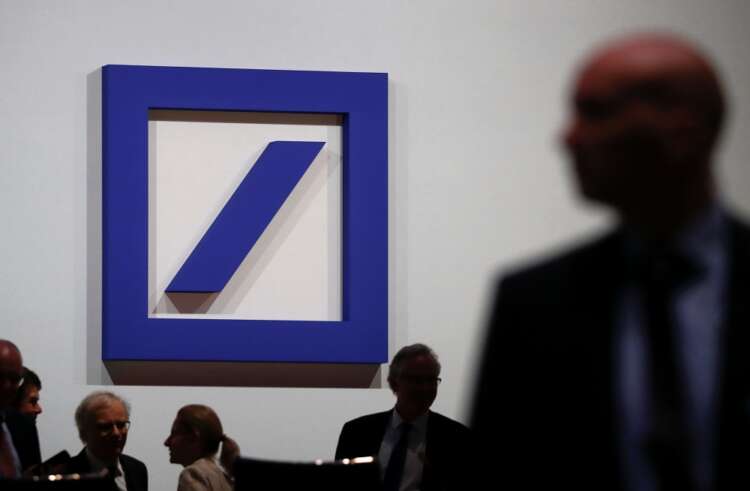 By Tom Sims and Elke Ahlswede

FRANKFURT (Reuters) – Deutsche Bank will require its vendors and suppliers around the world to have a sustainability rating from July, according to an internal memo seen by Reuters, a move that is unlikely to fully satisfy environmental activists.

The German bank’s chief executive officer, Christian Sewing, will highlight the plan in a speech to shareholders at the lender’s annual meeting on Thursday, said a person with knowledge of the matter.

Environmental groups plan to hold protests against the financing of oil companies at the bank’s headquarters while the shareholder meeting is taking place.

Financial firms are coming under increasing pressure from campaigners and investors alike to take environmental, social and governance (ESG) issues into account in their business.

Last year, Deutsche announced it would require suppliers with contracts of more than 500,000 euros ($525,000) a year to have a sustainability rating.

The bank, which spends 8 billion euros a year on vendors, is now detailing the timing of that move for the first time.

In the memo, Deutsche details eligible rating agencies as EcoVadis, MSCI ESG, and others.

From next year, ratings will have to be “adequately high”, which translates to a score of 25 out of 100 points from EcoVadis.

Tilman Massa, an activist with the Association of Ethical Shareholders, said a “rating is a first step, but it can’t be the entire story”.

In recent years, Deutsche Bank has marketed itself as a bank that companies can turn to as they move to a greener future.

On Sunday evening, activists demanded at Deutsche Bank’s headquarters in central Frankfurt that it stops financing a pipeline in Africa that they say will displace thousands of families and disrupt nature reserves.

Deutsche Bank is not financing the pipeline, known as the East African Crude Oil Pipeline (EACOP), a person with knowledge of the matter told Reuters.

Cahoon of 350.org said Deutsche’s sustainability plan was an important step in the right direction and the result of sustained public pressure on the bank, but called on it to stop financing big oil companies.