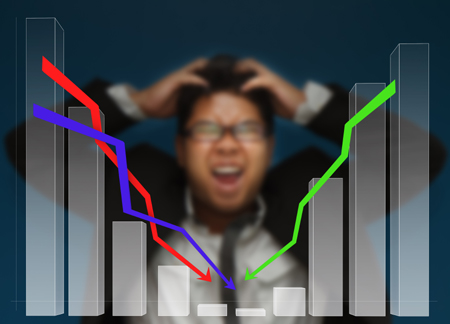 In October 2015, both The European Securities and Markets Authority (ESMA) and the Financial Conduct Authority (FCA) were publicly stating that the deadline for MiFID II was non-negotiable; however speakers from both organisations have repeatedly hinted at the possibility of delays or deferments of certain specific features of the MiFID Review. A Member of the European Parliament (MEP) has also made a statement about the possibility of deferring MiFID for one year, which was widely reported by the financial press.

Rumours around any delay can carry the risk that financial institutions will lose the impetus to implement some of the more disruptive business changes. Furthermore, resistance to forced change is a normal reaction and the moment such a change becomes ‘less urgent,’ the inclination is to forget about it.

It is indisputable that a year is insufficient time to implement MiFID II/MiFIR. Almost 12 months prior to its ‘official’ implementation date, the European Commission has still not approved the technical standards submitted by ESMA; not all the technical standards have been submitted to the European Commission, and the Delegated Acts are only due to be published in December 2015.

Although people working for the FCA, ESMA, and the European Commission have privately hinted at a 12 month delay, an official deferment has to be approved by the European Parliament. The earliest possible session for this is in mid-January 2016. Since it is likely that the agendas for the next few sessions have already been set, the earliest realistic session where a MiFID deferment could be discussed is mid-February 2016. This will be 10 months before the current planned implementation date.

There are two deadlines in December 2015 that may create delays in the implementation schedule without the need for an official act of the European Parliament. The European Commission has to approve the Technical Standards submitted on September 30th by the end of December and the Delegated Acts are due to be published in December. If the Technical Standards are sent back to ESMA, if there is a further delay in the submission of the missing standard or there is a delay in the publication of the Delegated Acts, there may not be enough time to transpose everything by June 2016 and the whole timeline will have to be shifted.

Delay or no delay, investment firms have a lot to do and regulators do not have time to slack off either. There are still details to clarify and technical standards to complete before transposition can start. A delay of 12 months would move the task from ‘next to impossible’ to ‘ambitious but doable’, although the regulators will not have the same flexible attitude towards delays that they would have had if the original timeline were still effective.

Unfortunately, we might have to wait a few months before we have any official statement on a new implementation deadline. We may have some clarity towards the end of the first quarter of 2016. However, in any case, Level 1 Principles will not be changed; the European Parliament approved them in April 2014. It was a different parliament but any changes to Level 1 Principles would require another Act of the European Parliament that would take even longer than a vote on deferment. Every principle in Level 1 therefore stays, from the double caps to commodities position reporting, from unbundling to product governance, from best execution principles to the execution quality reports.

Whatever happens in the next few months, any financial institution that takes their foot off the gas pedal does so at its own risk.

PREDICTING THE CYBER SECURITY FUTURE IN 2016