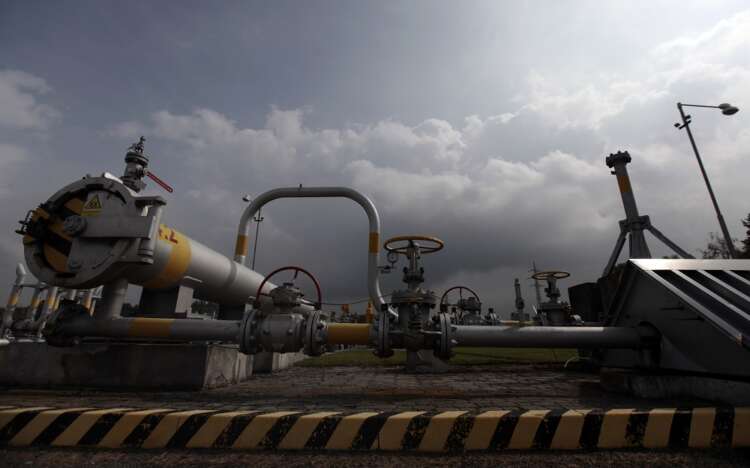 PRAGUE (Reuters) – Gas shipments from Russia to the Czech Republic are stable but need monitoring, and it cannot be ruled out they could fall or completely stop in the coming period, the Czech industry minister said on Friday.

The Czech Republic is nearly completely dependent on gas from Russia, and it is preparing emergency plans in case of a drop or halt to supplies as seen in some neighbouring countries such as Germany.

On Thursday, Germany triggered the “alarm stage” of its emergency gas plan in response to falling Russian supplies. Russia has denied the supply cuts were deliberate, with state supplier Gazprom blaming a delay in the return of serviced equipment caused by Western sanctions.

He urged companies to continue to intensify efforts on filling stores ahead of the upcoming heating season.

“Gas shipments to the Czech Republic are relatively stable… but we agreed that we needed to give maximum attention to what is going in markets daily,” he said.

“We are in another episode of the energy war launched by Russian dictator (President Vladimir) Putin. And we don’t know where it will escalate to. It cannot be ruled out that shipments will drop or completely stop.”

He said emergency plans to cover any supply problems would seek to protect households or critical companies.

The government this week also backed a bill that would allow the ministry to put in place measures to prevent an emergency in the heating sector, he said.

The ministry, for example, could allow coal-fired heating plants that are set to be shut down next year due to breaching emission limits to continue to operate.

In the longer term, the country was also diversifying its supplies, and Sikela said that the state had secured “significant” capacity at a liquefied-gas terminal at Eemshaven in the Netherlands. However, he did not specify the capacity size, citing contract restraints.