Czech government to cap housing, energy costs at 30% of income

Another momentous year beckons for Britain's royal family
Our website publishes news, press releases, opinion and advertorials on various financial organizations, products and services which are commissioned from various Companies, Organizations, PR agencies, Bloggers etc. These commissioned articles are commercial in nature. This is not to be considered as financial advice and should be considered only for information purposes. It does not reflect the views or opinion of our website and is not to be considered an endorsement or a recommendation. We cannot guarantee the accuracy or applicability of any information provided with respect to your individual or personal circumstances. Please seek Professional advice from a qualified professional before making any financial decisions. We link to various third-party websites, affiliate sales networks, and to our advertising partners websites. When you view or click on certain links available on our articles, our partners may compensate us for displaying the content to you or make a purchase or fill a form. This will not incur any additional charges to you. To make things simpler for you to identity or distinguish advertised or sponsored articles or links, you may consider all articles or links hosted on our site as a commercial article placement. We will not be responsible for any loss you may suffer as a result of any omission or inaccuracy on the website. 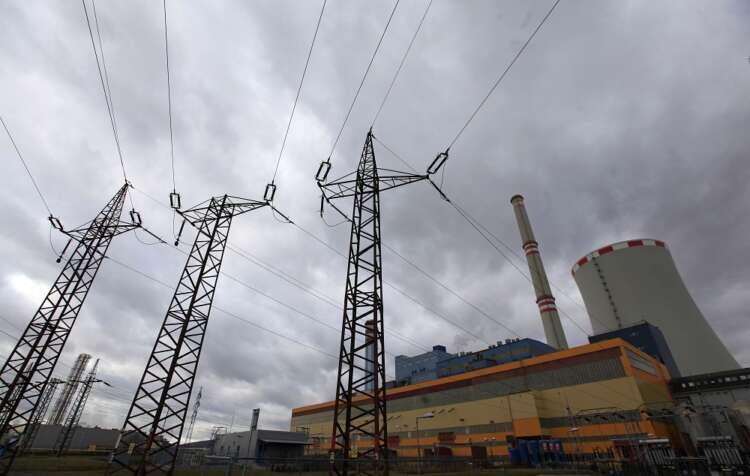 PRAGUE (Reuters) – The Czech government will hand out state aid to ensure people do not spend more than 30% of their income on housing including energy amid soaring gas and electricity prices, Prime Minister Petr Fiala said on Wednesday.

The contribution for housing will complement the 66 billion crowns ($2.73 billion) the government aims to distribute in the form of a subsidised energy tariff over the 2022-2023 heating season, Fiala said. The government will also waive fees for subsidising renewable energy.

“People will pay maximum 30% of their income on housing, including payments for water and energy,” Fiala told a news conference. “The government is prepared to cover all costs of housing above 30% income through a housing contribution.”

The cap for spending on housing including energy will be 35% in the capital Prague, Fiala said.

Energy has been among drivers of Czech inflation, which has been running at three-decade highs of 17.5% year-on-year in July.

Fiala did not put any figure on the expected size of the aid to keep the costs under the cap.

The government has been pondering the introduction of a windfall tax on energy firms and banks, which could raise billions of euros next year, to compensate the additional costs of social spending.

Czech households are beginning to feel the hit from soaring gas and electricity prices as fixed-term contracts gradually run out.

The country has been nearly 100% dependent on Russian gas, and the government has secured to cover around a third of its demand through a liquefied natural gas terminal in Netherlands.

Domestic gas storage has also been filled to more than 80%, but that still leaves gaps in case Russian gas stops flowing completely.

The government said savings and European solidarity should allow the country to manage to get through the winter season.

Savings under extreme scenarios may include, apart from reduction in supplies to industry, a reduction in the temperature for heating in public buildings and remotely-heated apartments to 18 Celsius under a decree presented this month by the country’s Industry and Trade Ministry.