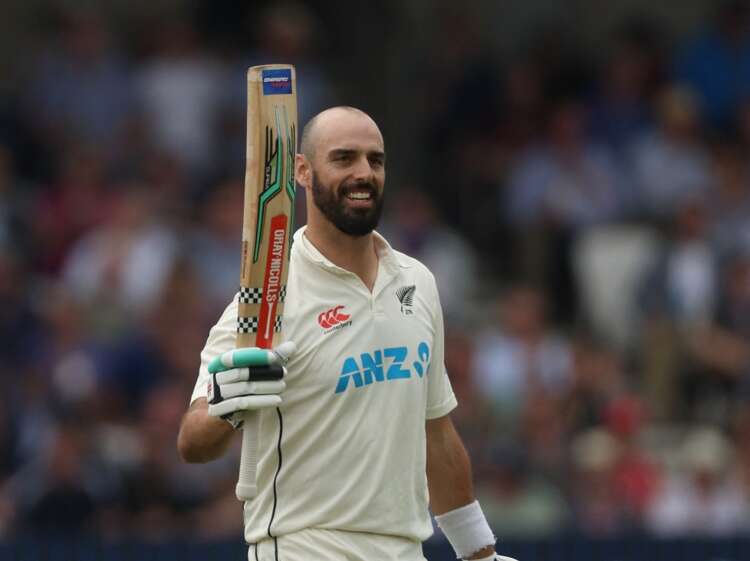 LEEDS, England (Reuters) – Trent Boult ripped through England’s top order with a devastating spell of pace bowling as New Zealand got the upper hand on the second day of the final test on Friday.

After Daryl Mitchell’s third century of the series helped New Zealand to 329 all out just after lunch — Boult clean bowled England’s opening three batsman as the hosts collapsed to 91 for six at tea.

Alex Lees was dropped off the second ball, but off the final ball of the opening over an unplayable Boult thunderbolt clipped the top of his off stump after pitching on middle.

Ollie Pope made five before having his off stump flattened as he played across the line and Zack Crawley then had his middle stump rocked back by a Boult inswinger.

Tim Southee, who earlier cracked 33 quick runs to help take New Zealand past 300, got in on the act to have Joe Root caught behind after he nicked an angled delivery to leave England 21-4.

England skipper Ben Stokes and Jonny Bairstow fought fire with fire, blazing away to briefly halt New Zealand’s momentum but Stokes threw his wicket away, chipping a Neil Wagner delivery to Kane Williamson at mid-off having scored a rapid 18.

In the same over Wagner then trapped Ben Foakes for a duck to leave England on 55-6 after 11.5 overs — the quickest they had ever lost their first six wickets in a home test.

Debutant Overton, who took one for 85 with the ball, joined Bairstow to try to steady the ship and was given a let-off when a caught behind off Southee was overturned after a DRS review.

Earlier on an overcast morning New Zealand resumed on 225-5 and put on a exactly 100 runs before lunch with Mitchell once again a thorn in England’s side.

Mitchell lost his partner Tom Blundell (55) with whom he shared yet another century partnership but reached three figures with a straight six off Jack Leach.

Mitchell, the first New Zealand batsman to score centuries in three successive tests against England, was out to the last ball before lunch when he miscued a drive off Leach and Stokes took a fine running catch in the deep.

Blundell had earlier brought up his half century by nudging Jamie Overton to the boundary but his innings ended with New Zealand having added only 18 to their overnight score.

Rapped on the pads by a Matthew Potts inswinger, Blundell was given lbw to a ball appearing to be drifting to leg, but with DRS temporarily out of action he could not review.

Stuart Broad was left cursing as Michael Bracewell was dropped off his bowling by Bairstow, but it did not prove expensive as he again found the edge of Bracewell’s bat and this time Zack Crawley held the catch.

That left New Zealand on 265-7 and looking vulnerable but Mitchell was joined by Southee who accelerated the scoring with a flurry of attacking shots.

Southee heaved birthday boy Broad over deep backward square for a six and tucked into the pace bowling of Overton who he struck for five boundaries, reaching 30 in only 19 balls as New Zealand’s late order came up trumps again.

New Zealand added only four more to their total after lunch with Southee skying a catch to Stokes off Leach who then celebrated his first five-wicket haul in tests by having Wagner caught by Bairstow while slogging.

England are seeking to win every match of a home series with at least three tests for the first time since a 4-0 rout of India in 2011.