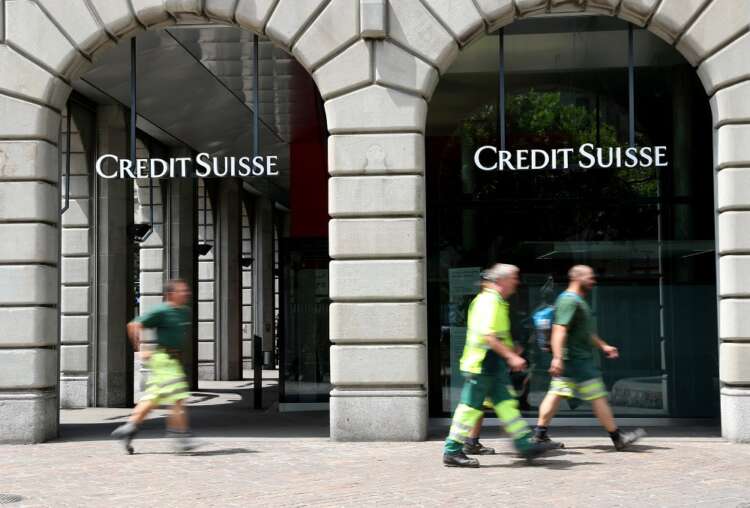 (Reuters) – Shares of Credit Suisse fell more than 6% on Tuesday after ratings agencies Moody’s and S&P’s “negative” outlook on the Swiss bank, days after it appointed a new top boss to help it recover from a string of scandals and losses.

Moody’s said its downgrade reflected challenges the group faces in repositioning its investment bank, among other issues.

S&P Global Ratings revised its outlook on all Credit Suisse Group entities to “negative” from “stable”.

“A little late, but not unexpected. Currently one of the worst run banks globally. It’s been one scandal or trading mistake after another for years. Hopefully, the new CEO Ulrich Koerner can turn it around,” said Thomas Hayes, managing member at Great Hill Capital.

A trader said U.S. House of Representatives Speaker Nancy Pelosi’s trip to Taiwan may also be weighing on the stock, given the bank’s sizeable Asia-Pacific exposure.

The move come after Credit Suisse suffered billions in losses last year, including a $5.5 billion loss on the default of U.S. family office Archegos Capital Management and the shuttering of $10 billion of supply chain finance funds linked to collapsed British financier Greensill.

In June, Credit Suisse was convicted of failing to prevent money laundering by a Bulgarian cocaine trafficking gang. It is appealing the verdict.

Why some heatwaves prove deadlier than others