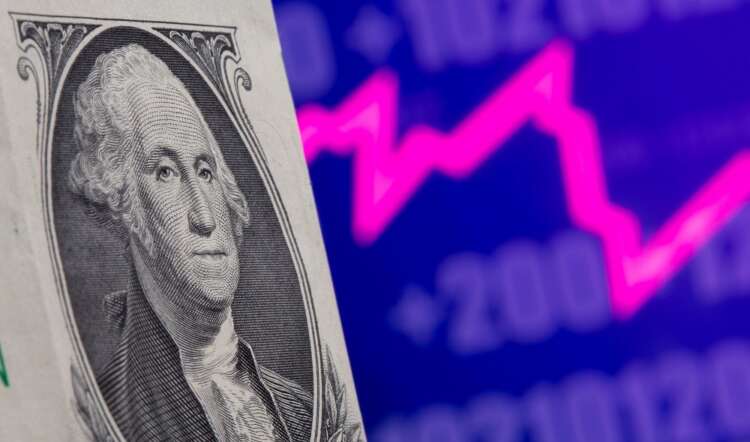 By Marc Jones and Julien Ponthus

LONDON (Reuters) – The discovery of the new Omicron coronavirus variant towards the end of November has sent markets tumbling – the culmination of a volatile month for almost every asset class globally.

Tuesday’s warning from the head of drugmaker Moderna, that current vaccines are unlikely to be as effective against Omicron, made for a painful end of the month for markets, with fresh selling across confidence-sensitive asset classes. [MKTS/GLOB]

Below is a series of charts showing the main moves.

Roughly $2 trillion has been wiped off the value of MSCI’s 50-country world stocks index since mid-November. Rising COVID-19 case numbers and moves by countries such as Austria and the Netherlands to reimpose restrictions were a warning sign but the selloff accelerated rapidly on Friday after South Africa identified the new Omicron strain.

An attempted bounce on Monday was then quickly wiped out on Tuesday after the comments from the Moderna CEO and warnings that it could take 3-4 months to rework vaccines.

Omicrom fears have tipped European travel and leisure stocks into their biggest monthly fall since COVID-19 first hit world markets in March 2020. They have lost over 20% in November and the Refinitiv Global Airline index has fallen back to levels last seen a year ago.

Oil prices are now down 15% for the month which, like travel stocks, is also the worst month since the COVID rout. It does, however, come after a more than 400% surge in prices since that trough.

Money markets have been quick to whittle down expectations of how much global policymakers will raise interest rates next year. The United States, for example, is expected to start raising rates by 25 bps only from September 2022, compared to June, the expectation at the start of last week.

That sentiment is echoed in British money markets too where traders now expect only a 50% probability of a 0.15% hike from the Bank of England on Dec. 16 compared to 80% probability last week, according to Refinitiv data. In Europe, markets don’t expect the ECB to increase interest rates at all next year.

The scramble to safety has seen ultra-safe government bond rally strongly, after three monthly of sustained selling, on the theory that major central banks will have to delay plans to raise interest rates again.

Germany’s 10-year Bund yield is down roughly 25 basis points this month, set for one of its biggest monthly drops of the past two years.

5/ TURKEY AND OTHER SUBMERGING MARKETS

Emerging markets have been battered by renewed COVID concerns and dollar strength but also idiosyncratic problems in a handful of big countries.

Turkey’s lira crashed nearly 25% in November, a crisis that was largely of its own making. Under political pressure, the central bank cut interest rates for the third time in quick succession, even as inflation rocketed to 20%.

Another big mover was South Africa, where Omicron was first detected. The rand has slumped more than 6% against the dollar this month. Omicron saw Thailand’s tourism-reliant baht drop 1.5%, bringing year-to-date losses to 11%.