Putting to Rest the Myths About Offshore Banking

Offshore Banking Institutions: 9 Reasons Why They will Remain Popular 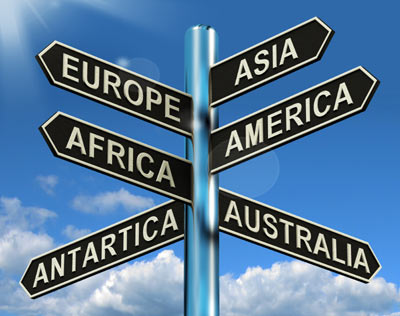 The particular customer needs of speed, transparency and value for money when making international payments requires a particular solution

Correspondent banking, being a broad array of services through which one bank sub-contracts or sources from another, functions well. However the payments component of it, though strong for high value transactions, is less suitable for low value international payments.

The correspondent banking model was, after all, put in place at a time when there were relatively few such transactions. Since then, mass migration of labour, economically active migrants, the internet and widespread adoption of mobile phones has led to a growth in demand for more retail-oriented functionality than is currently possible through correspondent banking.

Payments is a multi-sided business problem; there is a first mover disadvantage – the first investor depends on adoption by many others before a return can be made. A solution to this challenge is to assemble existing components of the banking system in a different way, to achieve a better outcome. 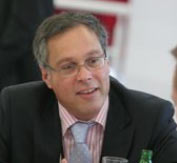 The International Payments Framework Association (IPFA) is one example; it has established standards, based on industry-standard ISO 20022, which enables national automated clearing houses (ACHs) to interlink directly, so that users in one country can get the benefits of the economies of scale of the domestic clearing in another country.

Arthur Cousins, CEO of the IPFA agrees that correspondent banking is alive and well but suggests, “We can see that the model is starting to fail to meet the needs of the newer generation of payments makers in the world today. They don’t know the history behind the current model or care about it. They live in a world when everything can, or at least should, be instant. They ask why this isn’t the case with cross-border payments – correspondent banking operates on a two-day basis. It’s not an exaggeration to say that many people today send payments internationally and simply hope that they get there.”

Senders and beneficiaries making international payments expect them to have the same characteristics as domestic payments. They need payments to be transparent, predictable and they want to know progress. Crucially, they need the process to incorporate information so that the recipient knows what the payment is for.

Consumers and corporates have become increasingly aware of the shortcomings of cross-border payments. Where action has been driven by regulators – be it directly or by just the threat of regulation, such as SEPA in Europe, service levels have been driven up and prices down. But in other aspects, little has changed; the average fee to make a remittance has remained stubbornly close to nine per cent, despite a G8 initiative to halve it. A participant at a recent conference I attended described the payments industry as, ‘some kind of forgotten, isolated island, not yet overtaken by the IT storm that has been blowing this last decade with its new concepts and business models.’

“The current models haven’t kept pace with the way business is done today,” says Cousins. “They simply don’t suit modern lives and they don’t take into account the huge global population of migrant workers and the un-banked market. New electronic message standards have emerged that should be adopted and the full functionality that they can permit should be explored in order to address the current service issues. Banks need to accept that they need to collaborate more closely to ensure payments become more instant cross-border. There is little point in making payments faster within a country when it still takes too long to get the payment into that country.”

Mid last century moving value from one place to another electronically was a suitable ambition. It’s now outdated; after all nobody wants to ‘buy’ a payment, but they need payments to happen in order to satisfy some broader activity.

Payments as a business, therefore needs to redefine itself as having a much broader purpose. One built around meeting a whole host of requirements. These include transparency of service – how much will arrive? When? And at what cost? – real-time communication of progress, the interactive ability to enquire into a transfer, the reconciliation of received value to account, and the incorporation of the purpose of the payment so that the beneficiary knows what the funds are being received for. All at a substantially lower cost.

Users of the service – senders and beneficiaries – care about the outcome, in their own terms; they don’t care, and never have, about the underlying complexities.

Cousins says, “For the wholesale business world, my vision is for payments that support the business process; payments that are faster and have suitable processing reporting for all stakeholders. For the retail world it’s about payments that are cheaper than those today, and that meet the needs of different segments, that is from the poor or un-banked to the well-educated professional segment. With domestic payments many, many more transactions are processed – hundreds of times those of international payments – so domestic ACHs have better economies of scale. It therefore makes sense to integrate those domestic ACHs internationally by enabling them to communicate with each other directly through a single common standard. Then regulated payments service providers – banks and other authorised payments institutions – will have a different method of clearing payments internationally, with characteristics that differ from those of correspondent banking and are particularly better for low value transactions. The IPFA has established standards which enable such an approach.”

Regulators in Europe have sought to introduce more diversity and choice, by creating a new regulatory framework for specialist payments service providers (PSPs). Hundreds of ‘alternative’ providers have also emerged, providing far greater choice. Work needs to be done in other jurisdictions so that such regulated providers are encouraged there; and work also needs to be done to give such organisations fair access to the national clearing and settlement systems, and to settlement accounts.

Considering the rate at which consumer expectations are changing, market forces will force change. As consumers and businesses become more savvy  they’ll increasingly shop around for the best FX rates, as well as the lowest fees and best service. Whether banks adapt, perhaps by collaborating more, or whether a Silicon-Valley-mentality corporate gets there first, remains to be seen.

The payment itself will become more commoditised. There’s plenty of evidence that consumers value timely and useful information – such as the status of the payment. Smart devices make obtaining and presenting that information possible. As the market evolves it is likely to become both bigger for providers and better for consumers.

Neil Burton, expert speaker for Earthport on payments strategy has considerable experience in financial services.Prior to becoming Earthport’s Director of Product Service Strategy in 2008, for 13 years he held the role of Global Payments Solutions Executive at IBM and has worked at Logica and Braid Systems – a financial messaging and payments workflow management company.

Earthport specialises in the provision of a white label cross-border payments service. Through its innovative payments framework, specifically designed for high volumes of low value cross-border payments, Earthport provides a cost-effective and transparent service for secure international payments. For more information visit www.earthport.com
Share on FacebookShare on TwitterShare on Linkedin
Related Topics:
Up Next

NOT ONLY IS SME LENDING DOWN, MANY SMES ARE DENIED BANK ACCOUNTS

MORE SMES SAY THEY ARE PROFITABLE, HALF ARE PLANNING TO GROW, BUT NO INCREASE IN APPETITE FOR EXTERNAL FINANCE