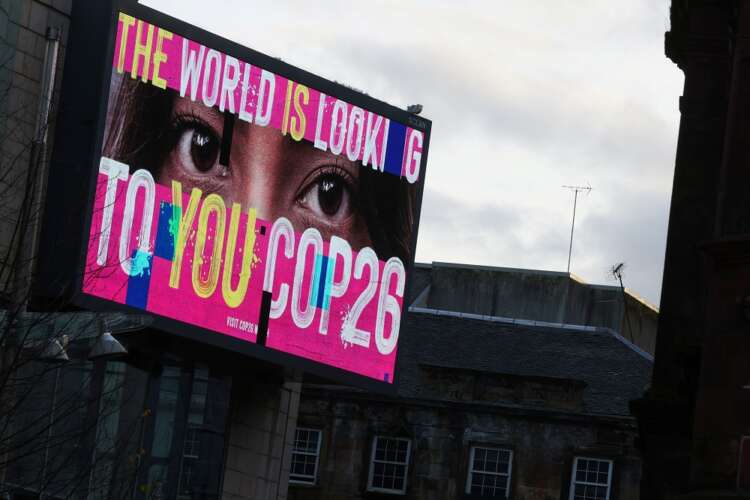 By Elizabeth Piper and Valerie Volcovici

GLASGOW (Reuters) -Former U.S. President Barack Obama on Monday lent his backing to appeals for more help from those on the frontline of global warming, as developing and rich nations engage to try to end years of deadlock over cash for climate change.

At the start of the second and final week of the U.N. climate talks in Glasgow – known as COP26 – ministers got down to the detail of trying to honour promises to pay for https://www.reuters.com/business/environment/climate-finance-could-make-or-break-cop26-summit-heres-why-2021-11-01 climate-linked losses and damages, and to address how to help nations adapt to the effects of climate change.

“We have to act now to help with adaptation and resilience,” Obama told a meeting of island nations at the Glasgow talks,” adding his views on the immediacy of the threat had been shaped by his experience growing up in Hawaii.

Tuvalu’s foreign minister, Simon Kofe, will offer a graphic demonstration of how rising sea levels affect his small island nation with a recorded speech https://www.reuters.com/business/cop/tuvalu-minister-stands-sea-film-cop26-speech-show-climate-change-2021-11-08/#:~:text=CANBERRA%2C%20Nov%208%20(Reuters),front%20line%20of%20climate%20change to the conference dressed in a suit and tie while standing knee-deep in seawater.

“The statement juxtaposes the COP26 setting with the real-life situations faced in Tuvalu due to the impacts of climate change and sea level rise,” said Kofe, standing at a lectern on the shores of the Pacific island. The speech will be broadcast to the Glasgow conference on Tuesday.

Britain, which is hosting the COP26 meeting, attempted to set the pace on Monday by announcing 290 million pounds ($391 million) in new funding, including support for countries in the Asia Pacific region to deal with the impact of global warming.

It says the money is on top of the “billions in additional international funding” already committed by rich countries such as Denmark, Japan and the United States for adaption and resilience in the nations experiencing the worst effects of climate change.

But Ghana’s Environment Minister Kwaku Afriyie said negotiations were not reflecting the levels of ambition publicly voiced by developed countries.

While developing countries want more money to help them adapt to higher temperatures https://www.reuters.com/business/cop/whats-difference-between-15c-2c-global-warming-2021-11-07 that have caused more frequent droughts, floods and wildfires, developed nations have been focused on channelling finance towards cutting emissions.

The cost of both is huge, but the cost will be even higher unless the Glasgow talks can keep alive a goal that dates from U.N. talks in Paris in 2015 to keep global warming below 1.5 Celsius (2.7 degrees Fahrenheit) above pre-industrial levels.

Richer nations need to show they can make good on the many pledges https://www.reuters.com/business/environment/new-promises-glasgow-climate-talks-2021-11-02 they delivered in the first week of the talks, which are scheduled to finish on Friday.

Developing countries are wary https://www.reuters.com/business/cop/with-cop26-credibility-stake-some-urge-ratcheting-up-schedule-2021-11-07. At a U.N. climate summit 12 years ago in Copenhagen, rich nations promised to hand developing countries $100 billion a year by 2020 to help them adapt to climate change.

The target was missed and at COP26, richer nations have said they will meet the goal in 2023 at the latest, with some hoping it could be delivered a year earlier.

Potentially more problematic for rich nations is how they should compensate less developed countries for loss and damages caused by historic emissions, an area where concrete pledges have yet to be made.

Emily Bohobo N’Dombaxe Dola, facilitator of the Adaptation Working Group of the official youth constituency to the United Nations Framework Convention on Climate Change, said she was drawn to action after seeing how climate change had affected Senegal.

“Now it is time for governments and donors to level up on equitable finance and plans for loss and damage and for adaptation,” she said in a statement.

Eager travellers line up for U.S. flights as COVID travel curbs are lifted