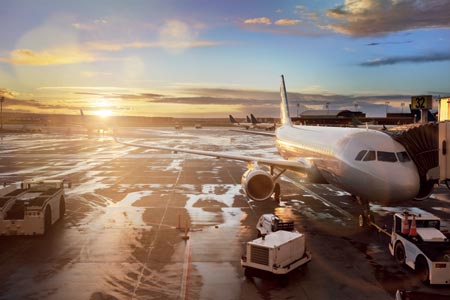 In recent years, New Year predictions have been filled with claims that cash is dead. With the increasing proliferation of mobile phones, payments, transfers and remittance can be carried out almost anywhere in the world, without the need for cash. June saw Riksbank, the central bank of Sweden; announce that cash transactions make up just two per cent of all payments, leading to headlines that it is on track to become the cashless society. As alternative payment methods gained in popularity, large denominations of notes were withdrawn from circulation in a number of countries, most recently in India, to combat corruption and counterfeiting. With these developments in mind,it might seem that the demise of cash in a global connected economy is inevitable.

In fact, the opposite is true. The number of banknotes in circulation has continued to increase by around three per cent per year. Driving this is the reliance on cash in many emerging and fast growth economies.

Underpinning the use of cash is the payment of goods for services by the local consumer in-country and transactions between regional businesses. A considerable number of SMEs price their goods and services in the foreign currency in which they are invoiced in by their supplier. They do this to overcome constraints around an unavailable, regionally unaccepted domestic currency and currency volatility that is compounded by the difficulty in accessing the sophisticated and sometimes very expensive or even non-existent hedging mechanisms available in their domestic financial market; both for a domestic hedge or a regional domestic currency basket hedge. Businesses choose to eliminate FX risk by side-stepping the local conversion and pricing all consumer goods in foreign currency,which makes domestic and regional trade easy, accessible and financially “safe”.

To grow beyond these local cash transactions, economies need to encourage international investment and allow domestic businesses trade regionally and internationally. That requires stability and confidence within the domestic markets, which in turn improve employment rates and living standards to increase domestic disposable income. But stability can be hard to come by, and lack of confidence is often also the driving factor behind the requirement for cash. Often the domestic currency has depreciated or been devalued countless times and consumers have lost faith in saving in their own currency. We see a significant proportion of consumers within emerging markets converting local currency into foreign cash and putting it under their beds for a rainy day. This phenomenon safeguards the consumer against any further adverse rate movements and often gives them a better investment return than participating in a domestic pension or bond scheme.

This negative sentiment can cause long-term damage – it not only harms growth, but also makes it increasingly difficult for the domestic financial market to attract liquidity and prolongs the period of instability. In some cases the adoption of a partial or complete currency subsidisation, or dollarization, can help lower inflation and reduce exposure to volatile exchange rates whilst stability and reforms are being rolled out.

It’s clear that dollarization can offer the stable, reliable and secure source of cash that is vital for developing economies. However, for an emerging economy, obtaining large amounts of these banknotes can be high-risk, difficult (sometimes near impossible) and time consuming. When sourcing banknotes, local financial institutions need to balance they key factors of speed and accountability.

If the goal of dollarization is economic stability, it is vital that banks have the banknotes they need when they need them. Banks need notes to be delivered in a timely fashion to fuel their economy, and securely transported for fast verification and payment.

This requires a secure and reliable service. Transporting vast volumes of notes around the world requires an extensive network of transit, storage and security services to provide the stability needed. Many providers have pulled out of emerging economies, so sourcing this service can seem challenging.

As the world steps up action against crime and terrorism using financial services, compliance standards are continuously rising. There are international standards on banking transactions and transparency, and there are some specialised standards for licensed handlers of US dollars. Compliance with these regulations can be onerous for banks, who may not have the relevant expertise in house, nor the appetite to acquire it given the continuous expense. Third party providers can provide not only the knowledge, but also the required regulatory approvals and proven methods of delivery that ensure a domestic bank complies with all local and international legislation.

Despite the technical revolution, cash remains a key instrument for the global economy.  Nowhere is this more evident than in a crisis scenario, where availability of cash to humanitarian charities is vital to supporting those most in need.Following the devastation of the earthquake in Haiti, cash was the go-to as domestic services had been severely disrupted. Relief planes also had to carry cash to pay for fuel as all electronic methods where unavailable. It’s also important to remember that ongoing relief efforts, whereby there is a prolonged and sustained support effort, require cash to transact and to pay domestic salaries.

The frictionless flow of money around the world is vital to emerging economies looking to grow and thrive in 2017 and beyond. Predictions of the end of cash may not be proven true after all.