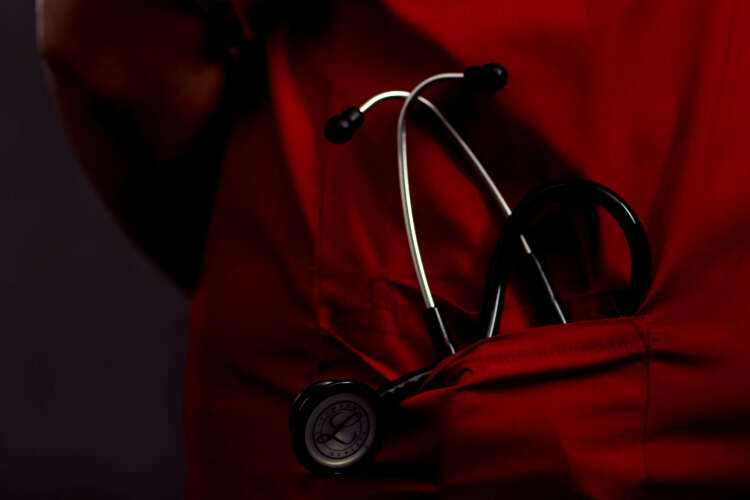 LONDON (Reuters) – Britain’s health minister on Thursday will set out a plan to cut waiting times for doctors’ appointments by using pharmacies and volunteers to alleviate pressure from the National Health Service (NHS) without resorting to extra funding.

Britain’s state-funded NHS, which has provided healthcare free at the point of use since 1948, has seen the COVID-19 pandemic increase demand from patients and create backlogs for elective care while facing its worst ever staffing crisis with thousands of vacancies.

Record numbers have been waiting to start routine treatment, ambulance response times have ballooned while face-to-face appointments with general practitioner (GP) doctors are hard to come by as staffing problems hinder the health service.

In her first major statement, newly appointed Health Secretary Therese Coffey said that she would make changes to take the burden off GPs, by providing more services through pharmacies and changing staffing rules, with the aim that anyone who needs to see a GP should be able to within two weeks.

“Our Plan for Patients will make it easier to get a general practice appointment and we will work tirelessly to deliver that,” Coffey said.

Coffey said she would build on an NHS plan to boost its capacity for winter, set out in August, adding she had an A, B, C and D of priorities – ambulances, backlogs, care and doctors and dentists.

She also said that the million volunteers who stepped forward during the pandemic should do so again.

The health ministry did not detail any extra funding for the NHS. A fiscal statement is planned for Friday, although the government has said it is not a full budget.

Amanda Pritchard, NHS chief executive, welcomed the plan but said a strategy for recruiting more staff would also be needed.

“We will work with the government so we can support NHS staff to deliver these new ambitions for patients, underpinned by the development of a long term workforce plan,” she said.