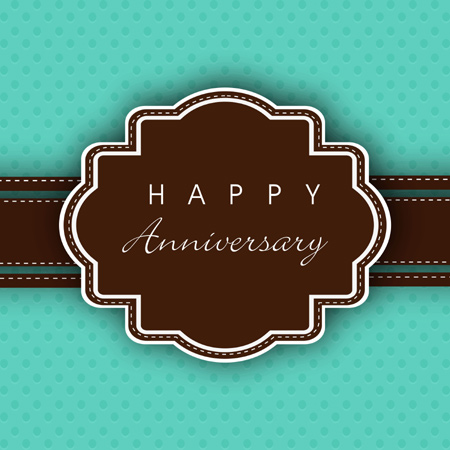 Berkeley Law, the London-based, boutique wealth advisory business which specialises in advising high net worth private clients, is celebrating its fifth anniversary of continued growth, as a result of organic expansion in its London offices and its acquisition in November 2014 by leading legal services group Irwin Mitchell.

Since its launch in May 2010 Berkeley Law has enjoyed year-on-year growth and has established a leading reputation as the legal and wealth advisory business of choice for high net worth individuals with complex financial affairs in the UK and abroad. During this time Berkeley Law has enjoyed the many relationships formed with clients and the institutions they work with, and referral sources, and looks forward to continuing those relationships for years to come.

Berkeley Law attributes its growing revenues from the acquisition of new clients from multiple geographies. Key markets now include Africa, Australia, Middle East, India, China, Russia and Eastern Europe, in addition to the UK and Western Europe, plus offshore locations such as the Channel Islands and the Caribbean. Berkeley Law also established Berkeley LatAm in August 2014, through a joint venture with experienced South American practitioner Colin Maltby, a qualified lawyer, private banker and wealth specialist.

Other key milestones since 2010 include the acquisition of Kensington Law, now known as Berkeley Hurrell, the highly regarded boutique residential property and conveyancing law firm in April 2014, the on-going appointment of highly respected practitioners to bolster the Berkeley Law team – most recent hires include Edward Stone (partner) from off-shore law firm Collas Crill and Tom Gauter in (senior associate) and Hannah Wall (associate) from  Taylor Wessing and the acquisition by Irwin Mitchell in November 2014 which will enable Berkeley Law to expand its range of services to private and corporate clients in London, in the regions and internationally.  Berkeley Law has also been recognized for its private client legal and wealth advisory expertise and has collected a number of industry awards and accolades including:  Top 5 Boutique Law Firms 2015 by eprivateclient (for fourth year running), STEP Private Client Awards 2014/15, Leading Firm in Chambers Global 2014, Citywealth Leaders List 2014 (Recommended); Leading Firm in Chambers 2013, and Legal 500 firm in 2013.

As part of Berkeley Law’s expansion plans it is also unveiling a new company logo today which demonstrates the importance it attaches to being part of the Irwin Mitchell group.This is a strategic move to acknowledge the business as a truly national entity with extensive resources to develop its core business in response to clients’ changing needs.

“Since our launch, we have been privileged to work with some of the most dynamic clients and financial institutions and intermediaries in the UK and abroad.  Starting a business like Berkeley Law at the height of the financial crisis might have seemed risky but we saw the gap in the market for the provision of bespoke legal and wealth advisory services to private clients with complex needs in the UK and abroad.  Our aim has always been to become the legal and wealth advisory business of choice for high net worth individuals both in the UK and abroad and we believe we are well on our way to achieving this.

Crucially, Irwin Mitchell shares our vision of building an independent, multi-disciplinary, wealth advisory business driven by the needs of its clients.  With their support we will continue building on our success to date in London and internationally, with plans that include expanding our business and increasing our offering in London and the regions, through Irwin Mitchell’s national network.

Our mission to revolutionize legal and wealth advisory services continues.  Never before has there been such a need for quality, ethical expertise in the wealth and legal advisory sphere, so there’s a lot to play for.  We’d like to thank our clients, their advisers, our referral sources and our colleagues for their tremendous support to date, and we look forward to continuing those relationships for years to come, as we look to further solidify our position as the legal and wealth advisory business of choice.”

Berkeley Law was set up in May 2010 by four partners with significant experience in the private wealth advisory industry. The firm acts for and advises high net worth clients and families from the UK and abroad, their advisors – including family and estate offices – and the institutions who service them. The partners have between them over 100 years’ experience at the highest levels serving domestic and international private wealth markets.

Berkeley Law was acquired by legal services group Irwin Mitchell in November 2014, providing the company with opportunities to grow its business further through client referral, and synergies of business e.g. Irwin Mitchell currently provides family, trust and estate planning, tax, wills and residential real estate advisory services, in addition to access to a national network (Irwin Mitchell has 10 offices in the UK).  The acquisition also enables Irwin Mitchell to expand its range of services, particularly to those clients with complex financial affairs in the UK and abroad.  Both firms share a vision to build an independent, legally-led wealth business driven by the needs of its clients, not by those who would be serving them.

Irwin Mitchell is a top 20 UK law firm providing advice and support to business and personal clients. It was established over 100 years ago and employs over 2,300 staff within a national network of offices in 9 cities: Birmingham, Bristol, Cambridge, Leeds, London, Manchester, Newcastle, Sheffield and Southampton. It also opened a consulting office in Middlesbrough in May 2015.

Irwin Mitchell Scotland LLP is a separate Scottish legal practice regulated by the Law Society of Scotland and has an office in Glasgow.

Irwin Mitchell Holdings consists of Irwin Mitchell LLP, through which the majority of business is conducted, along with CORIS, Ascent and a further subsidiary IM Asset Management which is regulated by the FCA.

In 2012 Irwin Mitchell became one of the first companies to be approved as an Alternative Business Structure (ABS), It has since acquired six firms to drive further growth, with the latest being Mayfair-based wealth services provider Berkeley Law in November 2014.

In the renowned Legal 500 directory, Irwin Mitchell was named as a top-tier firm in 23 practice areas and recommended in a total of 80 practice areas covering personal and business legal services. More than 100 of its lawyers from across its divisions were also named as leading individuals in the Chambers Directory for 2014.