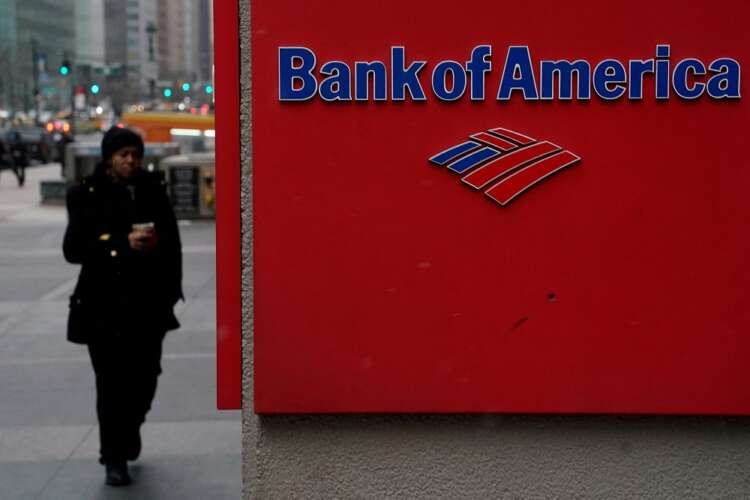 (Reuters) -Shares in some of the biggest U.S. banks rallied on Friday after they passed the Federal Reserve’s annual health check, but Bank of America underperformed with test results implying it needs a larger-than-expected capital buffer, which could limit share buybacks and dividends.

While the broader equity market also rallied on Friday, Wells Fargo & Co, up 7.8%, was the biggest gainer among the 34 lenders that underwent the Fed’s so-called stress test, which measures how they would fare in a hypothetical severe economic downturn.

The group would have roughly twice the capital required under Fed rules in the downturn scenario, it said.

“The big picture is that banks are extremely well capitalized and could manage through a downturn,” David Konrad, analyst at Keefe, Bruyette & Woods.

But the results implied a big variation in the size of banks’ stress capital buffers (SCB) – an extra layer of capital banks must hold to cover potential losses and support their daily business which the Fed will set in coming weeks.

Banks expected to have to hike their stress capital buffers were Bank of America Corp, Citigroup Inc and JPMorgan Chase & Co.

Shares in the three banks underperformed on Friday, with Konrad estimating their “buybacks will have to be materially adjusted downward.”

Without specifying a timeframe, he estimated that the buyback adjustments would mean a fall in earnings-per-share of 5% for Bank of America, and 2% for JPMorgan and Citi.

Wells Fargo investors were showing relief as its stress capital buffer is expected to remain almost flat on last year, he said.

Credit Suisse analyst Susan Roth Katzke said “the magnitude of the SCB increases concentrated in a few” was a negative surprise. She pointed to expected SCB increases for Bank of America, Citi and JPMorgan.

“On average, across our banks, higher SCBs translate to less excess capital â€” less excess, but generally sufficient, if not ample capital,” said the analyst.