BANKING ON A MOBILE MONEY FUTURE 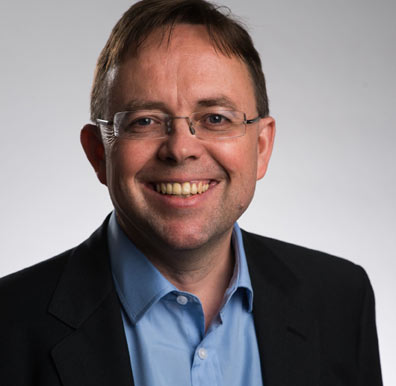 Convergence between offline and online via banking, payments and commerce is inevitable.

While banks in the UK and around the world have traditionally and naturally been providers of financial services, that is changing as new organisations see opportunities and rapidly move in to create new customer acquisition and engagement channels via mobile.

For an increasing number of people, the mobile is a ‘must have’. Smartphone sales have for some time exceeded those of PCs, fuelled by a combination of relatively lower cost, increasing ‘smart’ computing power with geo-location capabilities and 24/7 ‘always with you, always on’ convenience. Nevertheless, on a planet with 7 billion-plus people and 6 billion phone subscriptions – both pre-paid and post-paid – only around one third have bank accounts. This means that for billions of people, their mobile, whether it’s a smartphone or more traditional handset, is the first tangible way in which they interact with financial services. Consumers have never had more power at the touch of a finger to find and engage with what they want, or in the words of internet thought leader Mary Meeker: The mega-trend of the 21st century is the empowerment of people via connected mobile devices.

With this empowerment in an increasingly digital age, more brands are vying to be custodians and vaults of where a consumer stores their money. Many of the new players emerging are disrupter or challenger brands that in a number of cases did not exist until recently. Among the new entrants seeking to secure a consumer’s confidence are businesses never associated with financial services, bank-grade security, payments standards or customer support.

What is often missed in discussions about how mobile is changing the way we bank and pay, is that the consumer ultimately does not really care about how all the connections between banks, mobile network operators and merchants gives them a compelling experience on their handset. They expect to be able to bank how they want, pay when they want and shop via their mobiles in a seamless, intuitive and secure way. This is an important point for businesses to recognise in the UK and elsewhere as they seek to benefit from the rewards of the exploding Mobile Money ecosystem.

More significantly, as the young of today become banking customers of tomorrow, the approach adopted to banking previously, irrespective of whether paper was preferred over plastic or chip and PIN codes, is not likely to be the future success template.  There are generational shifts taking hold. For many parents and grandparents, the chequebook was a tangible symbol of their primary relationship with their bank, but that is changing, particularly as many children will never write a cheque. They move money, connect with friends, and explore brands digitally via the phone in their hands. What we are witnessing is a fundamental change in our relationships with not only banks and financial institutions but payment processors, merchants and handset manufacturers. New brands are emerging that are acting as ‘money vaults’ for consumers. They are not banks. Money is changing as we become more mobile.

Given such trends, financial services providers must ensure that they are leading the way in shaping the emergence of Mobile Money – where you bank, pay or shop via mobile. Financial service providers in the UK have such an important role to play and they must make sure that they are not losing ground in a sector which, many would argue, they ought naturally to own. This centres on defending and extending their role in the payments industry via an integrated, collaborative and networked approach to Mobile Money.

That there is a clear consumer appetite for such services is a certainty. Our business recently commissioned research with the Future Foundation which forecasts that by 2018 the majority of people in Britain, Spain and Germany will have a smartphone. The study also found that European smartphone shoppers are even more confident engaging in mobile commerce if they can do so using services provided by their bank.

More than half of those surveyed would trust sites endorsed by a bank, varying from 57% in the UK, 51% in Germany to 68% in Spain. Also among the findings, mobile shoppers say they are more open to buying higher value items if it can be done through a bank app. Tickets for travel such as flights and trains were the most popular items cited, at 65%, 47% and 45% among UK, Spanish and German consumers respectively. Tickets for services such as entertainment and sporting events were the second most popular items.

As Barry Clark, the author of the Future Foundation report wrote: “Banks have an opportunity to flex a number of unique strengths in mcommerce; from highly repetitive, information checking activities like balance checking through to a more advisory role in recommending brands and offering consumers promotions. Banks can act as a trusted advisor and as a secure route for payments.”

As demand swells, consumer trust and engagement will rise further beyond mobile banking into payments and commerce. The UK financial services industry has a rich heritage in this space and an opportunity to demonstrate how Mobile Money should and can work. At the forefront of this, must be bank-grade security and services via enabling technology platforms that are secure, ubiquitous and easy to use. While some operators will and do experiment with closed-loop approaches – requiring customers to have a particular handset, predetermined bank account or access to a specific network for example – that does not help the UKs financial services industry protect and promote its position. Models which do not support an open ecosystem approach often struggle to get key stakeholders fundamental to their business model on board. A collaborative network approach is so much more conducive to creating value for all.

At the heart of this, we are talking about people’s money. The mobile channel has created new opportunities. Now is the time for banks to strengthen their hand in the mobile space and cement their position in the growing ecosystems in and beyond the UK.

The Future Foundation’s report ‘M-Commerce: What consumers want from financial institutions’ can be downloaded via the following link:
http://info.monitise.com/FutureFoundationReport0713.html

About Monitise
Monitise is a world leader in Mobile Money – banking, paying and buying with a mobile device. Leading banks, payments companies, retailers and mobile networks utilise Monitise’s technology platforms and services to securely connect people with their money. Already over 23 million consumers benefit from Monitise’s patented technology to ‘bank anywhere’, ‘pay anyone’ and ‘buy anything’ accounting for over $40 billion of payments, purchases and transfers annually.