BANK RESOLUTIONS - WHAT YOU NEED TO KNOW 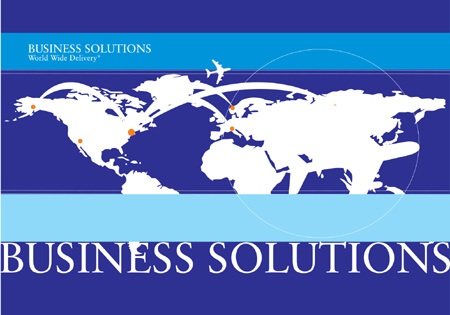 Following the collapse of Lehman Brothers and the resultant financial crisis, the Bank of England (BOE) was given responsibility for the resolution of a failing bank, building society or investment firm (firms) pursuant to the Banking Act 2009 (the Banking Act).  The EU Bank Recovery and Resolution Directive (BRRD) further extended the BOE’s responsibility to branches of firms from outside the European Economic Area. 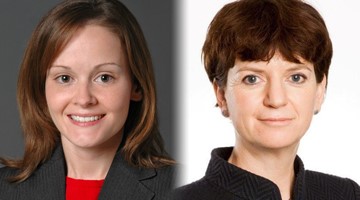 The BOE’s resolution powers allow it – subject to making certain determinations about the solvency of a firm and the impact the insolvency could have on the financial system- to take “early and pre-emptive action”[1] to address the potential insolvency of a firm and protect financial stability.  In addition to their pre-emptive nature, the extent of these powers is also noteworthy.  Failure to understand the nature and scope of the BOE’s resolution powers could catch many relevant parties off-guard and out of luck.

How is a Resolution Triggered?

Underscored by certain listed objectives, the BOE may put a firm into resolution if:

The European Banking Authority issued guidelines clarifying what elements should be considered when making the first determination. Itcites the following as indicative:

Although (ii) and (iii) will undoubtedly be familiar to those who practice in the field of insolvency, there is an important distinction in that, unlike in the standard test for insolvency, resolution is a pre-emptive tool in the BOE’s armoury and there is no requirement that the firm be insolvent – that they are likely to be insolvent in the future is sufficient.

Another important distinction from traditional insolvency law is that (similar to Investment Bank Special Administration Regulations) the BOE has no obligation to seek consent from shareholders, creditors or existing management.  Unlike administration, where some parties are notified as a matter of course before an administration is commenced, one of the keys to a successful resolution from the BOE’s perspective may be that the resolution itself comes as a surprise to those closest to the firm.
How is a Firm Resolved?

Generally speaking, a resolution is split into 3 phases: (1) stabilisation, (2) restructuring, and (3) exit, with the stabilisation phase having the biggest ramifications for all interested parties.

It is important to remember that financial stability underscores the BOE’s entire approach to resolution.  Unlike administration, the objective is not to rescue the firm as a going-concern or ensure the best interests of the creditors are protected, although both of those may occur.  The BOE’s initial focus is on avoiding excessive disruption to the wider financial system and ensuring that a firm’s existing arrangements for accessing payment systems, clearing and settlement systems and central counterparties remain intact.

Whether during a “resolution weekend” or some longer period of time, the resolution process triggers the BOE’s right (although not obligation) to use any or all of five ‘stabilisation tools’.  Practically speaking, it is difficult to envisage a situation where a firm is placed into resolution without the stabilisation tools being utilised.

Notwithstanding which stabilisation tools are used, in all cases ipso facto clauses are not enforceable.  Generally speaking, ipso facto clauses allow a party to a contract to call an event of default and terminate a contract upon the insolvency of its counterparty.  Under the BRRD, counterparties to contracts with the firm in resolution cannot exercise contractual rights they may have to terminate their contracts early as a result of the firm going into a resolution process.  To allow otherwise, according to the BOE, could result in instability.  The resolution regime does recognise, however, that financial stability would be harmed if contracts that rely on netting and set-off, collateral and other capital market conditions are not protected, and those contracts should be respected within the resolution.

Of the five stabilisation tools given to the BOE, the first two involve the transfer of some or all of a firm’s critical functions, and the third involves the firm staying whole, but with new shareholders and decreased liabilities.

The three stabilisations tools which can be used in isolation or combination are:

The first two tools focus on a transfer of some or part of the firm, preferably to a third party purchaser.  If a third party purchaser cannot be obtained, a bridge bank may be utilised to maintain critical economic functions. In both scenarios, certain poor quality assets and loss-bearing liabilities will likely be left with the firm in resolution (the ‘bad bank’) and dealt with through an insolvency process.

The final (and most controversial) of the three primary tools is the bail-in, whereby creditors’ claims are converted into equity as a means of recapitalising the firm and restoring it to balance sheet solvency. The interests of existing shareholders are cancelled, diluted or transferred, and the claims of unsecured creditors are written down by an amount sufficient to absorb the losses incurred with the firm in resolution continuing.

Practically speaking, in the weeks prior to the resolution weekend, the BOE would identify liabilities of the firm that would fall within the scope of its bail-in powers. During the resolution weekend, the BOE will confirm which liabilities are suitable for bail-in, and only at that time may the FCA suspend trading of those instruments.  The exact value of the shares would be subject to the BOE completing a valuation to determine the final terms of the write-down.

While there are limited protections for shareholders and unsecured creditors subject to a bail-in, there is a requirement that none be in a worse position after use of the resolutions tools than if the firm had been placed into an insolvency proceeding. As such, an independent valuation of the firm will be done at the point of resolution. If this valuation shows that there is a shortfall, shareholders and/or creditors are entitled to compensation for the difference, with the payment being financed by the industry.

There are also two additional tools available to the BOE that can only be used in conjunction with one or more other stabilisation tools.

The first is the asset separation tool, which gives the BOE the right to transfer assets, rights and liabilities of a firm to an asset management vehicle (AMV).  The AMV must be wholly or partially owned by the authorities and would manage the assets, with a view to maximising their value through a sale or orderly wind-down. It is only available if liquidation through a normal insolvency proceeding would adversely effect financial markets.

Finally, a firm could be put into a bank (or building society) administration procedure, after which administration would occur in the normal manner.

This legislation is new and untested.  While the goal of resolution to ensure stability in the wider financial markets is commendable, it is clear that its impact will be felt beyond the firm itself and on an individual level by its management, shareholders and unsecured creditors.  These parties (and those who act on their behalf) must appreciate the nature and extent of these ramifications, and should actively consider what steps they can take to mitigate or protect against these risks.  Unfortunately, this may be a situation where the true implications of a resolution cannot be known until the first firm goes through it. That said, a clear understanding of the scope of the BOE’s resolution powers is essential, or relevant parties run the risk of a very unpleasant post-resolution weekend Monday morning phone call …

AN OMNICHANNEL APPROACH TO BANKING THE UNBANKED

WHY BANKS NEED TO BE ‘RED TEAM’ SECURE