AI for a new decade

The state of play of artificial intelligence in the electricity sector 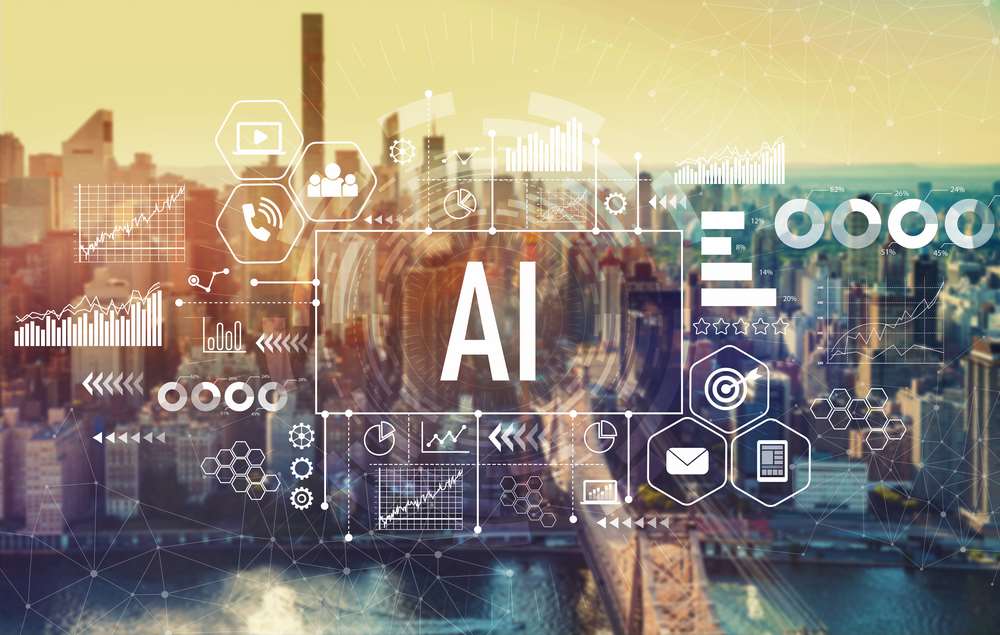 There is no doubt that AI is up-and-coming. But, as ‘Back to the Future’ proves, only a handful of futuristic predictions end up becoming reality. It’s best to speak to experts on where AI might be heading in the coming years. Today’s innovative business leaders are the ones implementing and experimenting with AI, and they are our best bet for understanding its future.

Last year, I was invited to speak at the Boardroom Club. Among this network of C-suite executives, business leaders and technical experts, predictions were shared on how businesses can extract value from AI in the future. From growing the economy to increasing corporate responsibility and transforming employment, AI could cause seismic changes over the coming decade. To find true value, businesses must keep ahead of the curve.

The clear consensus was that it has been a challenging year for business. With global economic growth hovering around 3%, 2019 has seen the slowest rate of expansion since the Great Recession. Many factors are weighing on the global economy, but one of the most persistent challenges felt by participants has been flat lining productivity – the value of output created by workers.

It’s premature to claim that AI will ride to the rescue, but it will make a big difference. When it comes to improving productivity, the most significant development over the next few years will be the operationalisation of AI in organisations. This means the innovations, new algorithms and technologies developed in R&D will finally be rolled out and integrated into the rest of the organisation.

These deployments will happen quickly and at scale. They’ll give swathes of employee’s access to AI tools that will liberate them from mundane, repetitive tasks and give them invaluable insight into the challenges and opportunities of the organisation. Staff will be empowered with better decision making and added time to focus on innovation and creating strategic value for their company, boosting productivity and profits. PWC expects this uplift will add $15tn to global GDP by 2030.

Yet where will the catalyst for this transformation come from? In recent years, organisations have invested in teams of data scientists and other innovators to brainstorm digital transformation and AI projects. However, while these new entrants bring creativity and expertise, they often lack the business context to actually translate their ideas into reality.

This has contributed to the dreaded ‘last mile’ of analytical implementations, where according to IDC only 35% of organisations say analytical models are fully deployed in production. An innovative AI project is all well and good, but what value does it generate for the business and where should it be deployed? This is a question most have so far failed to answer.

Building the bridge between an interesting idea and a practical project that generates real value has long been a struggle. However, this will change as more innovative ideas are generated from the business side of the organisation. Ordinary employees will be encouraged and rewarded to propose applications for AI that will optimise and transform how they work. Technology will also play its part to make things easier, thanks to the speed and flexibility offered through cloud deployments and containerisation.

Pressure is famously applied downwards, and inevitably it will be the C-Suite that fuels much of this transformation. Executives are waking up to the value of AI and, crucially, are seeing their rivals achieve success with the technology. That’s why operationalisation will accelerate and reach fever pitch before the close of the decade.

Unconscious bias is a growing concern as AI takes on more and more of our most important decisions. Given time and attention, we’ll begin to see its causes – which primarily boil down to unrepresentative data sets and data quality issues – addressed.

It’s understandable, however, to be skeptical of major improvements in the short term. One participant argued that AI would fail to be unbiased much in the way human decisions display prejudice and lead to unfair outcomes. This would be the case so long as AI relies on ungoverned big data – that is, the historical data humans already use to make decisions today without the appropriate governance controls in place. In this environment, the same imperfect insights would lead to the same unbalanced outcomes.

I’m more optimistic, however. The change won’t necessarily come from how AI uses data, but rather the attitude of businesses towards the data they hold. The old maxim ‘garbage in, garbage out’ still definitely applies to AI. Yet, we shouldn’t underestimate the will of organisations to improve, take notice and take responsibility for their systems.

I think we’re bound to see greater corporate responsibility towards the technology in the years to come. This will partly be due to tightening regulation. In the same way the Cambridge Analytica scandal shone a light on data privacy and abuse, we’re likely to see a similar watershed case of AI gone wrong.

Updated AI ethics guidelines are to be presented to the European Commission in early 2020, but these will only be the thin edge of a wedge as governments legislate to place boundaries on the technology. Companies will need to adapt or pay the price.

However, the biggest driver of all will be consumer demand. Some may think there’s no economic incentive to building ethical AI, but I think they underestimate how powerful a competitive advantage ethics can be. Business is founded on trust, and consumers are far more likely to share their data if they feel your AI system will keep it safe.

Organisations will take responsibility in many different ways. To avoid negative outcomes, AI creators will start introducing controls to ensure their creations can’t use data in an unethical manner. Greater emphasis will be placed on the training of AI systems and the process for reviewing decisions will be strengthened. On the end user side, companies will also begin holding decision makers to account for the choices they make based on AI-generated insight.

The job market and role responsibilities will be transformed by AI

Discussions on AI will inevitably turn to automation and job losses. Yet all too often the potential of AI to actually create new roles is overlooked. Technological advances have rendered many professions redundant down through history, but equally they have given birth to entire new industries and fields of employment. After all, how many app developers did you know 10 years ago?

In fact, 59% of the Boardroom Club believed AI would increase employment levels, not decrease them. Despite some fears, I think what we’ll see in the next few years is a jobs migration rather than a jobs reduction. Organisations will move into new areas, aided by the latest AI technologies, opening new opportunities for their staff.

It’s difficult to predict what these new roles will look like, though we’re already seeing signs of the shape they could take. Skills in AI development will be highly prized as organisations constantly seek to compete and innovate their models and algorithms. Equally, as organisations take greater responsibility for their data and AI systems, more validation and screening focused roles will emerge. Humans still trump AI when it comes to the understanding of context, so they’re ideally placed to review AI decisions to make sure they are fair and accurate.

Of course, as with every technology revolution there will be an adjustment period. Some workers dependent on low-skilled, manual and repetitive work will no doubt see employment opportunities diminish as robotic process automation solutions are rolled out. That’s why it’s so important for reskilling and education to begin as early as possible. I’m confident both government and businesses will continue to invest in British workers and explore new ways of training them up to participate in the future economy.

AI is bringing significant changes to businesses right now. As the rate of change increases over this decade, we will start to feel AI’s effects as new insight is discovered and jobs move away from repetitive tasks. Inevitably, there will be changes that not even the business leaders of the Boardroom Club can detect. Organisations must stay open-minded in the face of oncoming transformation; though tricky at first, integrating AI harmoniously into processes could be the key to smashing business goals this decade.

Application Security Testing: 5 Tips to Respond to the Threat Landscape