VR inspires guide to city design through eyes of a child 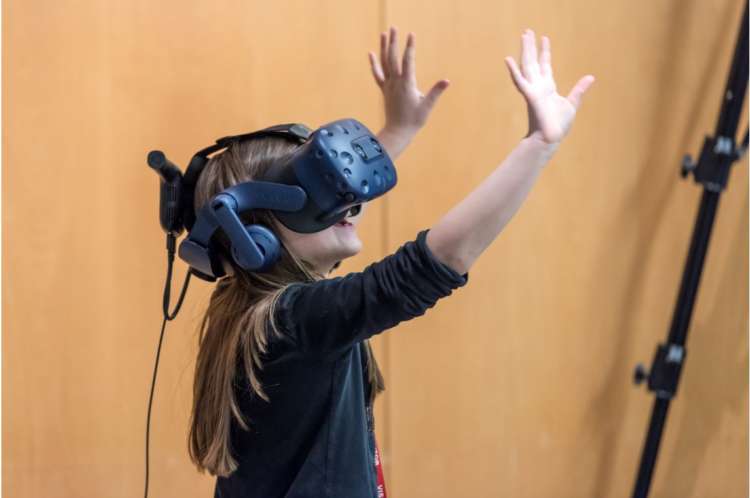 JOHANNESBURG (Thomson Reuters Foundation) – Inspired by a virtual reality tool that allows users to experience cities from the height of a three-year-old, a new set of guidelines aims to show how urban design can improve the health and security of vulnerable children.

Bringing together practical tools and examples for urban planners and governments, the Proximity of Care Design Guide was launched this week by British design firm Arup and the Bernard van Leer Foundation, which focuses on childhood development.

The guide builds on the virtual reality (VR) initiative Urban95, led by the foundation and Arup, which places users in a fictional urban realm as if they were 95 cm (37 inches) tall.

Actors, real sounds and a traffic system controlled by artificial intelligence let users and planners around the world see how a child moves through a city.

“When the Prime Minister of Ivory Coast used the VR, he said, “I never realised how dangerous cars can be!” And it changed the way he saw the city,” said Cecilia Vaca Jones, executive director of the Bernard van Leer Foundation.

The coronavirus pandemic has thrown 150 million more children into poverty, impacting their access to education, healthcare, water, nutrition and housing, according to the U.N. children’s agency UNICEF.

Poverty also pushes more children into work, out of school and into informal settlements, giving them limited time and space to play safely, and leading to what Arup calls a “silent emergency”.

“Cities have a big role to play … we can use the built environment as an informal opportunity for learning for children,” said Sara Candiracci, an associate director in Arup’s International Development group.

A report published by Arup last year cites research from University College London showing that children living in refugee camps or slums spend on average 35% of their time roaming around as their homes are overcrowded.

“We are interested in play beyond the playground – the whole city can become a playground,” she said, with the guide citing examples of colourful sidewalks in Santiago and community gardens in Shanghai.

The guidelines were compiled using fieldwork research from refugee and informal settlements in Kenya, Lebanon, Jordan and South Africa.

But the growing economic divide spurred on by COVID-19 around the world makes the tools relevant for all cities, said Candiracci.

From the case study of a community-built walking route in Lima, Peru, to encouraging planners to consider communal upgrades like marketplaces and water points, the guidelines can be read off a mobile phone or downloaded for ease of use.

“In every country around the world there are more and less developed neighbourhoods, so solutions and lessons can work in any place,” agreed Vaca Jones.

The new guide, which highlights success stories and ideas for designing child-friendly spaces, was created with policy makers, urban planners, architects and engineers in mind, say the project organisers.

“Bringing in the perspective of a baby or a toddler makes people more sensitive to the missing elements we all need,” she said.

(Reporting by Kim @KimHarrisberg, Editing by Jumana Farouky and Zoe Tabary. Please credit the Thomson Reuters Foundation, the charitable arm of Thomson Reuters, that covers the lives of people around the world who struggle to live freely or fairly. Visit http://news.trust.org)

Data silos and the post-cookie era: how marketers can overcome landscape changes and internal barriers