Digital transformation with an API-First approach in finance

The Great Reassessment: Your Cybersecurity Strategy to Kick Start 2023 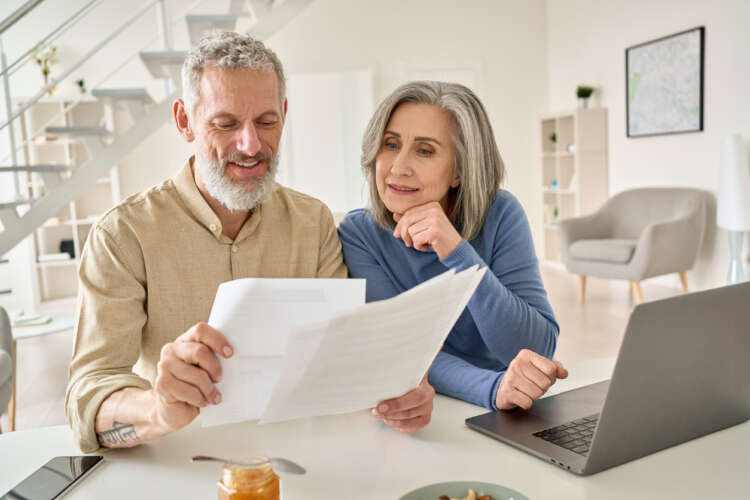 All of us know by now that inflation is raging and is at a 40 year high. Many people who thought they were on track to retire soon might not be able to do this after all. But how do they know? Some hire a financial planner, but others look for retirement planning software so they can run their own financial projections.

Is inflation here to stay for a while? This has been debated a lot lately and we simply do not know. Some believe inflation is the result of the huge stimulus package passed last year that put over $2 trillion in consumer’s hands. Some believe it is still supply chain issues left over from the worst of the Covid months. And many believe that the Federal Reserve created way too much money over the past decade, which eventually found its way into the economy.

The truth is, it’s probably all three of these reasons and inflation will be hard to stamp out. If you are retired or getting close, it is best to assume that higher than normal inflation will stick around for a few years.

Everything seemed so great in the financial markets just a little over a year ago. Inflation was below 3% and the stock market was doing very well. Because of relatively low inflation over the past decade combined with stellar stock market returns, many people were able to retire earlier than they ever dreamed. Many others planned their exit from the working world based on how much their retirement investments had grown.

But oh how things have changed over the past few months. It is time for everybody to reassess their retirement plans. One way to do this is to run your own retirement plan like I did in retirement planning software from WealthTrace. One thing that was great about using WealthTrace was that I could vary inflation over time as you see below. 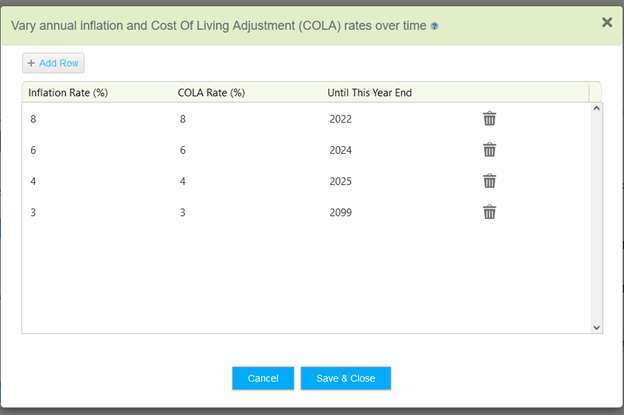 I was able to tell the program that inflation will be 8% for this year, then it will decline to 6% for two years, then 4% for a year, then 3% forever after that. This is much more realistic than saying inflation will be 3% starting today and it will stay that way forever.

I ran a case study using 3% for life for inflation first on a couple that is 55 years old and has $1 million saved. The program projected that they would have $1.8 million at age 65. When I switch to the more realistic inflation assumptions where inflation changes over time, it shows they would only have $1.6 million at retirement due to inflation chipping away at their savings while at the same time increasing their expenses.

This isn’t an extremely large change for this couple, but it can impact people differently depending on what they spend money on and how they are invested. For example, if a retiree is invested in mostly fixed-interest rate bonds, high and persistent inflation for several years can destroy his or her investments over time as inflation erodes the purchasing power of the interest payments. Compounded interest is a fantastic thing to have when investing, but high inflation works in reverse. It negatively compounds and reduces how much money is actually worth over time and it happens exponentially.

How to Invest with High Inflation

TIPS have a regular yield (interest rate) with annual inflation added to it. So if a TIPS bond pays an interest rate of 1% and inflation is running at 8.6%, the overall total yield would be 9.6%. This is much better than the 3.4% interest rate you can get on a 10 year regular treasury bond today.

Investing in consumer staple stocks can also be a winning strategy when inflation is high. These companies tend to be able to pass on price increases quickly to consumers. Because of this their stock prices usually move with the inflation rate over the long run.

It is wise to prepare for relatively high inflation for a while. In the 1970s and early 1980s we had very high inflation and it stuck around for over a decade. It took the Federal Reserve raising interest rates above 15% to finally bring inflation under control.

Social Security is protected against inflation, but many pension payments have no growth rate at all once you start receiving the payments. So those with a pension need to understand how their payments work and if they are tied to any type of inflation index.

There are many moving parts to everybody’s financial situation. That is why it is so important to get everything into retirement planning software. Either do this yourself or hire a financial planner to help you. Otherwise you will be flying blind and unable to make informed decisions. Everybody should have the best information possible about one of the most important financial decisions you will ever make: when to retire.

This is Sponsored Feature