To the moon...literally: Should you buy into the future of space travel? 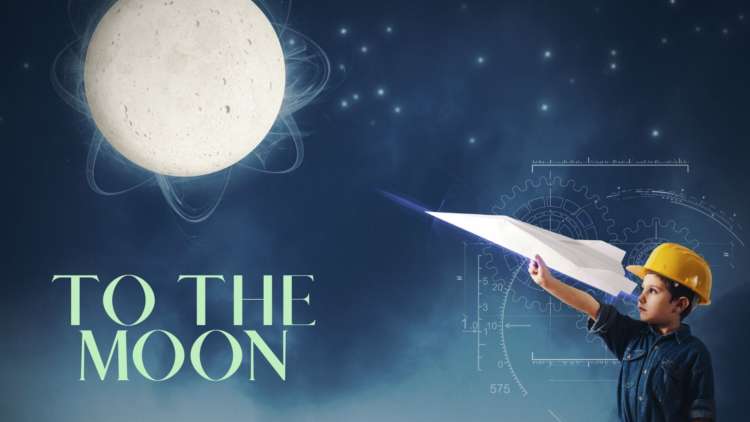 Since Elon Musk has indicated that an IPO for his side project SpaceX, which designs, manufactures, and launches spacecraft, may be on the cards once its program “Starlink” can correctly predict cash flow, investors’ appetite for space travel stocks have multiplied rapidly in recent years.

The hype is well and truly present for SpaceX, as it recently launched and successfully landed its futuristic Starship, finally nailing a test flight of the rocketship that Musk intends to use to land astronauts on the moon and send people to Mars.

But what about other key players currently shaping this space? Should investors keep watch of space stocks and listed companies leading the odyssey to outer space, or could it suck them into a black hole?

Welcome to the trillion-dollar space-age, and while it looks a little less like The Jetsons or Star Wars, it’s just as impressive all the same.

The market cap of publicly traded space is already worth $25 billion, up from nothing a few years ago, and this figure doesn’t even include the un-listed latest wave of companies specialising in space exploration and tourism, including SpaceX, Rocket Lab with its growing string of rocket launches, Jeff Bezos’ Blue Origin, Momentus and Planet with its constellation satellites taking photos of Earth from orbit.

When looking at the companies that are currently vying for attention from investors, there are a few hot contenders.

In March 2021, Virgin Galactic revealed the first Spaceship III in its growing fleet, VSS Imagine. The spaceship showcases Virgin Galactic’s innovation in design and astronaut experience and is expected to commence ground testing, with glide flights planned in the US summer from Spaceport America in New Mexico.

The share price seems to have dropped quite significantly in May 2021, in part due to non-listed rival Blue Origin announcing it will begin running paid tourism flights to the edge of space and back on July 20, 2021.

The first flight is anticipated to only carry one paying passenger, with the ticket sold at auction and the proceeds donated to Blue Origin’s educational foundation. However, according to Reuters, Bezos said it will fly at least a few times more later this year, commercially, and presumably with full flights of passengers paying an estimated $200,000 or more per ticket.

Granted, Virgin Galactic has promised to resume flight testing this month and confirmed it will only need to get two more test flights done before it’s ready to fly passengers.

Blue Origin’s announcement means despite Virgin Galactic originally championing the idea of space tourism first, it might not be the first to implement it. In fact, analysts who follow the company believe Virgin Galactic might not begin commercial operations until next year.

In May 2021, Raytheon Technologies released its Q1 earnings report, and it became abundantly clear that the recovery in the commercial aerospace market has been much slower than anticipated.

With two-thirds of Raytheon Technologies’ current revenue coming from its defense business, it seems that the market is significantly undervaluing its commercial aerospace businesses.

However, investing in individual companies may feel alien to investors new to the space industry. Space ETFs are becoming popular for investors who see value in the industry as a collective, with names like ARK Invest, the investment firm led by Cathie Woods, which has seen over half of billion dollars flow into the Space Exploration and Innovation ETF (ARKX).

Launched on March 30 2021, ARKX is invested in purer space plays, as well as companies that will benefit from aerospace activities or technologies to support aerospace.

Some of the stocks included in the ETF include geolocation company Trimble, satellite stock Iridium Communications, Kratos Defense and Security Solutions, L3Harris Technologies, and JD.com. The ETF also owns shares of Netflix and Deere.

As many of the leading companies in the space travel race are still relatively young, including Virgin Galactic, shares may continue to be volatile until business operations stabilise.

For investors looking to pre-invest in some of the biggest upcoming space travel IPOs and SPACs including SpaceX and Blue Origin that have ambitious plans to make space a viable destination, it’s likely that these stocks will also be extremely unstable due to a number of uncertainties in the market.

Another glaring issue is the risk factor associated with space exploration. As many of these companies are still in the testing phase, it’s likely that if a disaster occurs, such as a blown-up rocket or loss of life, stock value would likely plummet.

Some investors may also point to space stocks as another bubble in the broad market. Many companies are light years away from generating significant revenue. Profitability is even further out, perhaps not until the next decade.

With prices for many of the space stocks rearing on the exorbitant side, some investors may be deterred from investing in them, or until at least they start proving their worth.

Should investors invest in outer space?

For investors looking to enter the space race, buying into stocks like Virgin Galactic might be seen as a desirable option.

With SpaceX and Blue Origin building momentum and looking to publicly list in the not-too-distant future, investing early could be the answer for budding investors looking to make it big in outer space. Could a small step into space stocks become one big leap for your portfolio?

Nobody knows, so investors should consider approaching these investments as they would traditional stocks: taking care to diversify their portfolios, do their research, and only invest what they afford when buying into space travel stocks to minimise risks.

Can the Cloud revolutionise finance?