The CISO as the Man-in-the-Middle 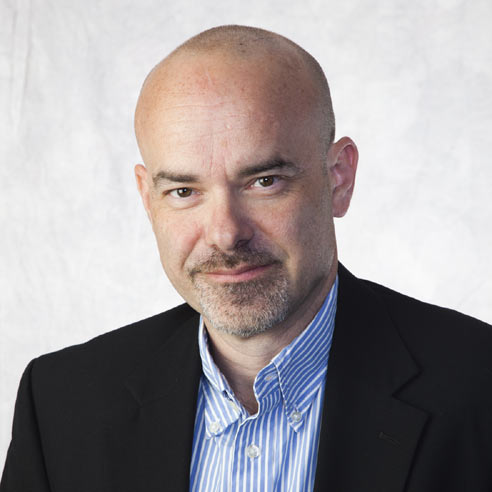 If you’ve been working in or around the IT security field for any amount of time, you are probably quite familiar with the term “Man-in-the-Middle” (MitM) as it relates to a method of attack.

What I’m even more interested in these days is an emerging typology, the new Man-in-the-Middle – or what I like to describe as being the “MitM Redux” – and in this context we are not referring to an attack method, but instead applying the term to describe a role that is becoming all the more common.

Security practitioners and infosec students who have crammed for the CISSP and GISP certification exams understand MitM to be a type of crypto attack that is usually explained by using the now ubiquitous characters Alice, Bob, and Mallory.

In the parable, Alice thinks she’s communicating privately with her friend Bob, but in actuality the malicious Mallory has secretly inserted herself in the middle of the conversation and is effectively eaves dropping on them, and in some instances she is able to also modify some the messages as she relays them between the two unwitting conversants.
The Man-in-the-Middle attack at one point in time was considered to be quite innovative, but not so much today. Would-be miscreants who want to utilize the technique can now simply buy the components “off the shelf” to carry out such an attack by employing ready-made toolkits like Ettercap, dsniff, and Mallory (a creative use of the classic MitM character’s name).

As interesting as they are, the goal of this discussion is not to further examine Man-in-the-Middle as an attack, but instead I seek to expand the terminology to describe the new CISO, who has become the real Man-in-the-Middle, increasingly finding him or herself caught between two very different worlds.

The first of which is the Executive World, where they need to be able to connect security to the business by practicing the soft art of Influence Without Power when speaking to a new audience in terms of critical business functions, of how security risks translate into business risks, of profit/ loss considerations, and EBITDA – and if you know what the abbreviation means, then you are most likely already an MitM CISO.

The second and more familiar world is that of the Technical, where the CISO must continue to effectively communicate in terms of the attack surface, of incident management, of controls and control objectives, of CIS benchmarks, and network defense testing.

Many security and business analysts have attempted to qualify the dynamics of this evolving role for the new CISO, but in my honest opinion none have done a better job at it than the authors of a study conducted by IBM’s Center for Applied Insights, aptly titled “Finding a Strategic Voice: Insights from the 2012 IBM Chief Information Security Officer Assessment” (the detailed results of which can be downloaded here at no cost).

The IBM report offers up some excellent data and provides some useful findings, some examples of which I found particularly interesting and included:

I saw a lot of reports last year on the evolution that is defining the role of the new CISO, but this report is by far the best in show.

In the most general of terms, it illustrates the choice most all CISOs will face: Whether to continue being the “middleman” who translates up the chain and manages down through the organization while never really getting to land on one side or the other, or instead being more like the innovative CIOs and CFOs who before them had struggled to assume their rightful place at the strategy table, but only after mastering the soft skills required for executive leadership.

I think most CISOs will opt for the latter of the two choices, and it is up to those of us who call ourselves security “vendors” and “professionals”to assist them in making this important transition.

Keeping IT GRC simple by getting IT SaaSed!