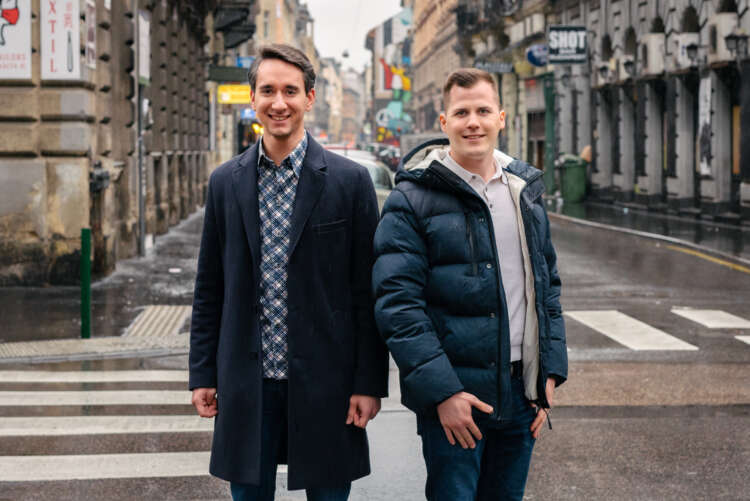 To mark the start of 2022, SEON is reflecting on a year of tremendous business and customer growth, as well as celebrating its new status as the world’s fastest-growing fraud prevention company.

Kicking off 2021 with a bang, the fraud fighting company announced its first significant round of venture capital financing. Led by Creandum, the $12 million funding round represented the largest Series A investment in Hungarian history.

By the end of the year, SEON was named as the fastest growing fraud prevention company in the world, featured in the TechRound 100 list, and included in Deloitte Technology’s ‘Fast 50 Central Europe 2021’. This impressive expansion has led many commentators and customers to refer to the company as the ‘Stripe’ of online fraud prevention.

Since its formation, SEON has served over 5,000 merchants and reviewed over 1 billion  transactions. In turn, this has helped the company to save its customers more than €50 million in potentially fraudulent transactions.

To accomodate this success, SEON has worked to grow staffing levels at an exponential rate. In fact, the company has more than quadrupled in size, taking on around 150 employees in the past year alone with further plans to double that number again this year.

Additionally, the past 12 months have highlighted SEON’s ability to achieve success in all major geographic regions. Between 2020 and 2021, the company significantly grew new client acquisitions in Latin America, Europe and North America, showcasing the truly global appeal of its fraud prevention solutions.

Through its new partnership agreements in Latin America and in Asia-Pacific Countries in particular, SEON has been able to introduce accessible and affordable fraud prevention solutions to businesses in emerging regions, which were previously unavailable.

Speaking on the company’s growth, Simon Schmincke, General Partner at Creandum commented: “SEON is the world’s fastest growing fraud prevention company, and its incredible growth shows no sign of slowing down. Over the past year, the company has increased the number of clients it serves rapidly, and helped to prevent considerable volumes of fraudulent transactions taking place. We’re delighted to be part of this exciting business journey as the company works to achieve its goal of democratising the fight against online fraud.”

From a partnership perspective, SEON is fast becoming the fraud tech part of choice for the most ambitious fintechs globally. The company continues to secure high-profile clients from within this sector, as well as notable businesses in the emerging Web 3.0 space and with leading neobanks.

On top of this, SEON has recently introduced its own enterprise-grade fraud detection app for small and medium-sized enterprises on the Shopify platform in November. This level of security had previously been unattainable for many businesses of this size but is now accessible as per the company’s commitment to democratising the fight against online fraud.

SEON has also worked to improve its fraud prevention software in order to help businesses protect themselves against increasingly aggressive fraud rings and fraud tactics. During 2021, the company modernised its device fingerprinting solution and introduced Phone API 1.2 and IP API 1.1, which now enables its system to detect temporary numbers, burner phones and harmful IP addresses.

Speaking of the year, Bence Jendruszak, Chief Operating Officer and co-founder at SEON commented: “Online fraud is a huge issue, with major economic and societal implications. As a business, we’re looking to tackle this challenge head on by democratising fraud protection solutions across the internet. Moving forward, our business economics are now shaping up for another year of fantastic growth.

“I think SEON’s rise in 2021 demonstrates our real product-market fit and highlights how we’re addressing the true needs of businesses by plugging a significant gap in the market. Over the past twelve months, we’ve really come of age and have quickly become a standout player not only in the fraud prevention space, but within the broader technology sector.”

Brought to you by SEON