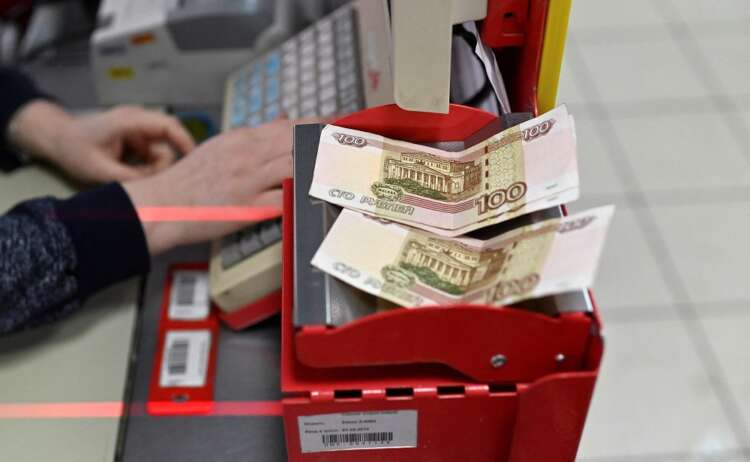 MOSCOW (Reuters) – The rouble slid past 61 to the dollar on Monday as the conversion of depository receipts in Russian companies to local shares got underway and as foreign investors from designated “friendly” countries were able to return to the bond market.

Rouble volatility has declined recently after wild swings which saw it hit a record low of 121.53 to the dollar on the Moscow Exchange in March, days after Russia sent tens of thousands of troops into Ukraine on Feb. 24, and then rally to a seven-year peak of 50.01 in June.

The rouble is expected to find support from month-end tax payments that usually prompt export-focused companies to convert part of their foreign currency revenues.

Market moves were relatively muted despite analysts predicting an increase in selling pressure as Russia starts the conversion of global depository receipts (GDRs) into shares.

GDRs of Russian companies that were traded on foreign exchanges and held in Russian depositories will be converted into shares on the Moscow Exchange from Aug. 15 in an effort to reduce foreign control over such companies amid Western sanctions.

“Depositary receipts start being converted to equities today, which could create a supply overhang and make it difficult for the stock market to rise,” Promsvyazbank analysts said, forecasting a slide in the MOEX index to below 2,100 points.

From Monday, Moscow Exchange will also allow non-residents from designated “friendly” countries that have not imposed sanctions against Russia to trade bonds.

Yields on benchmark 10-year OFZ treasury bonds were steady near Friday’s close of 9.18%.