Oil rises on worry about supply disruption from Russia, Libya 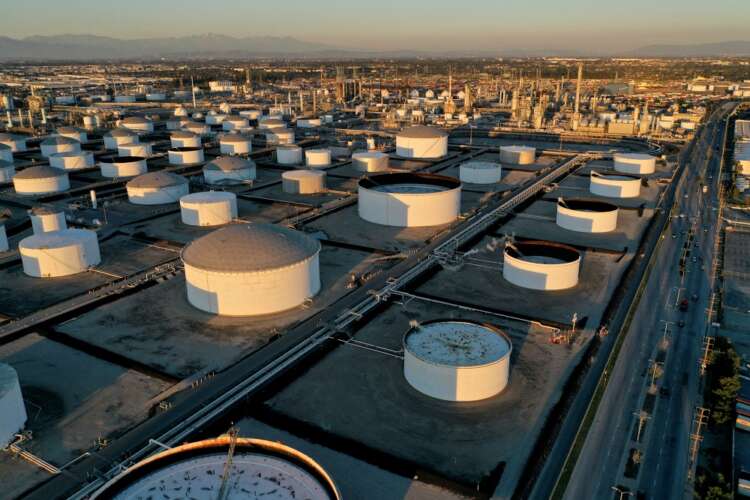 LONDON (Reuters) – Oil prices rose on Thursday amid concerns about supply as the European Union (EU) mulls a potential ban on Russian oil imports while the market continues to deal with reduced supplies from Libya.

Analysts said market volatility is likely to pick up again soon, with the EU still weighing a ban on Russian oil for its invasion of Ukraine, which Moscow calls a “special military operation” to demilitarise its neighbour.

Libya said the OPEC member was losing more than 550,000 barrels per day of oil output due to blockades at major fields and export terminals.

The oil market remains tight with the Organization of the Petroleum Exporting Countries and allies led by Russia, together called OPEC+, struggling to meet their production targets and with U.S. crude stockpiles down sharply in the week ended April 15. [EIA/S]

“With only two countries in the OPEC+ alliance holding significant spare capacity, Saudi Arabia and the UAE, the group is sticking to a cautious approach in unwinding pandemic-related production cuts.”

The demand outlook in China continues to weigh on the market, as the world’s biggest oil importer slowly eases strict COVID-19 curbs that have hit manufacturing activity and global supply chains.

“The resumption of CPC crude deliveries will be somewhat offset by continuing outages in Libya and the likelihood of more Russian crude getting locked out of the market in the face of an EU ban,” said Vandana Hari, founder of oil market analysis provider Vanda Insights.

AutoNation gets a bumpy ride as investors worry about U.S. consumers