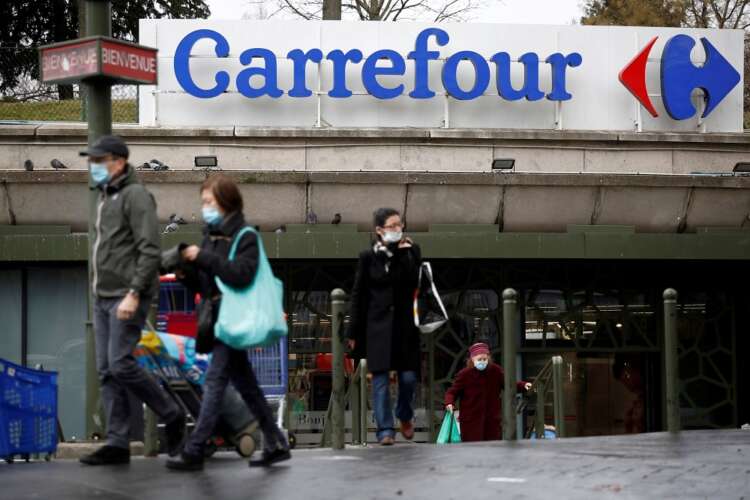 The French retailer said on Wednesday it was confident about its 2022 outlook, confirming a key cash flow target for the year, but this was not enough to support the shares following a 26% rise so far this year.

“France was a notch below expectations, whilst the tone on outlook, whilst sensible in the current context, is unlikely to excite,” JP Morgan analysts said in a note.

“Therefore, we expect to witness some travel and arrive in the shares in the short term in the context of their recent outperformance and given positioning.”

French sales, however, were flat in the quarter, with hypermarket sales down by 1.1%.

“Whilst the potential for M&A newsflow remains…and the valuation remains undemanding at 12x FY22E EPS, we expect the shares to pause after a 26% appreciation year to date,” Citi analysts said.

Cash is key to Carrefour’s plans to step up digital commerce expansion without the extra financial resources that would have been on hand if two planned tie-ups last year had not failed – one with Canada’s Couche-Tard and the other with France’s Auchan.

Chairman and CEO Alexandre Bompard, who was reappointed in May 2021 for another three years, is working on a new strategic plan and an asset review. He will unveil his plan in autumn.

(Reporting by Dominique Vidalon;Editing by Tassilo Hummel and Emelia Sithole-Matarise)