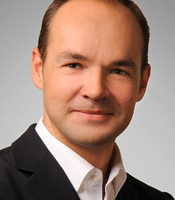 The stage is set for an almighty scrap.

With the value of global mobile payments accelerating from $235 billion in 2013 to $325 billion this year (according to Gartner), new and existing players are redoubling their efforts to carve out a role for themselves.

And as market observers have spotted, this particular gold rush has a characteristic never before displayed.  There are not just two, three or four different industries in competition, but six.  Financial institutions (including banks), retailers like Amazon and many others, wireless network operators, traditional payment service providers and mobile rivals are all busily creating platforms, devising apps and gathering customers in preparation for a sustained battle for supremacy.

For all of them, this involves making investments in the future.  MasterCard, for example, acquired digital wallet provider C-SAM in February 2014, demonstrating its faith in a certain direction of technological travel.  Amazon, meanwhile, bought mobile payments app and point-of-sale software developer GoPago in late 2013, indicating that the queen of online retailing is pitching to enter the bricks and mortar world, via mobile payment technology.

Initial Public Offerings (IPOs) have been scarce in this field so far, but analysts expect the pace to quicken, as the current breed of smaller service provider and mid-size technology company specialising in mobile payments sees the opportunity to expand at speed.  Likely companies include Square, while target acquisitions for the existing big players such as Google, PayPal, Apple, Amazon and Walmart include Stripe, Dwolla, LevelUp (a provider of barcode mobile payment solutions) and Bill.com.

Pioneers of mobile payments include Starbucks, which developed a system whereby customers pay into an app, giving them a barcode to display on their smartphones.  The Starbucks cashier then passes the electronic reader over this barcode to make a sale.

Starbucks claims that 11 per cent of its sales volume now comes through this system, a very cheering result for the retail sector in general.  Many other chains are now developing their own versions of this app, including the Subway sandwich chain, which employed mobile payment company Paydiant to help them.  “What you’ll see over the next year is that grocery and convenience stores and restaurants will all come out with mobile payments,” says Chris Gardner, co-founder of Paydiant.  He believes that half of consumer transactions will be mobile enabled within three to five years, making many of the current payment systems obsolete (or at least reducing their appeal).

The original genius behind the Starbucks app, Benjamin Vigier, is now head of retail payments for Apple, helping to guide its path to mobile payments prosperity.  As the device manufacturer with the most influence upon the mobile payments market (according to a recent survey from Appinions, conducted with Forbes Insight), Apple has already exerted a considerable sway over its direction of travel.  By refusing to incorporate NFC (Near Field Communication) into its iPhone 5 series, Apple has effectively prevented the technology from developing as its supporters would have liked.  Instead, since the latest iPhones do support Bluetooth Low Energy (BLE) communications, in conjunction with Apple’s iBeacon platform, this technology is likely to gain more traction in the coming years.  With a range of up to 50 metres, BLE has the capacity to provide in-store communications, giving consumers a map of the premises, allowing them to search for items and then to pay.  This, supporters argue, is a truly important step forward, whereas NFC “didn’t solve any real world problems,’ said PayPal president David Marcus.

PayPal, like Apple, has invested in microlocation technology with its PayPal Beacon app.  “By knowing more precisely where a consumer is, we can take several steps out of the mobile payments process,” says Rakesh Agrawal, mobile payments consultant.  “And in mobile, every touch matters.”

The ease of connecting payments to all the myriad other services and apps on a smartphone makes CRM a hugely fertile possibility for the right solution provider.  As Alex Campbell, co-founder of Vibes explains: “Mobile experience will get more personal, through better analytics and CRM behaviour.”  He also believes that ‘post-click’ behaviour will change the way that mobile advertisers invest their money.

Speed, simplicity and invisibility are all likely to increase, as mobile payments enter the mainstream.  Retailers are interested in removing the processes that cost them money – paying shop assistants to perform card transactions and verify details, which cause queues and disruption.  Consumers also want to speed up the shopping process, so they have a vested interest in adopting mobile payment technology.  So there is little doubt that it will emerge ever more forcefully in the coming years.

And what of the banks, who have decades of history as incumbents in the payment arena but are now threatened with marginalisation, should mobile payments disintermediate them and facilitate a new era of direct transfers?

“We believe that the banks’ payment systems will open up to third parties, enabling these parties to play a vital role in facilitating payments,” says Sascha Breite, Head Future Payments at SIX Payment Services.  “The impact of direct payments, including micro payments from consumers to small merchants, will be huge”, he argues.

“The real value for banks is to connect payments to other services,” says Breite.  “All the major players are aware of the risks in the market and they’re trying to be part of the whole value chain, instead of simply handling the payment itself only.” He thinks that the opportunity for the telcos to direct the future of mobile payments is still there but in another role.  Here again, they are keen to add value.

“A world in which payments virtually disappeared from our daily lives – because the payment process has become absorbed by technology into our own personal ‘back office’, deal with automatically and painlessly – would be a major step forward” adds Breite.

The exponential growth of mobile payments hints that this future could be closer than we think.  Until then, we have the spectacle of six industries fighting for the right to let us ignore them and get on with their business, transferring our money between one another in the blink of an eye.

WHEN TO HIRE AN ACCOUNTANT FOR YOUR PROPERTY?