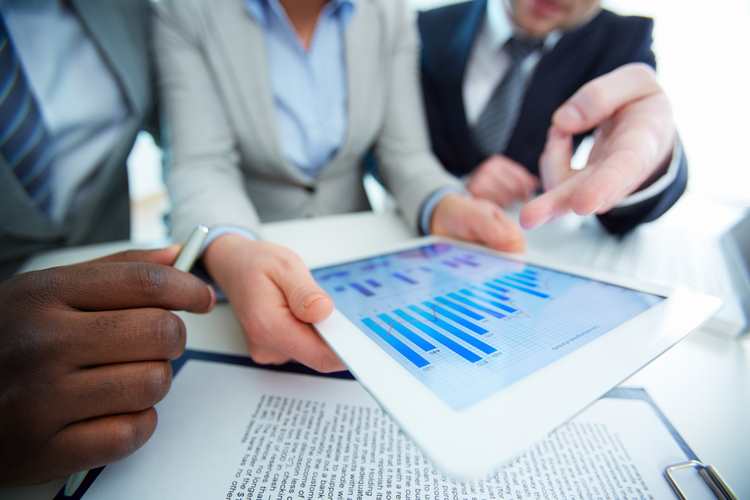 “The low volatility environment has come to an end with somewhat of a bang. The VIX, a market estimate of future volatility, saw its biggest daily spike on record on Monday. Furthermore, there have been periods over the last few days where equities, government bonds and gold have sold off simultaneously, signifying across the board liquidation.

“Clearly there’s been a psychological hit to markets however overdue the correction was, but let’s have a look at the proximate cause, or at least the apparent trigger: US wage growth. The number that came out on Friday was 2.9% (year-on-year wages growth), versus 2.6% expected. The chart below (including a smoothing to better gauge the trend), shows Friday’s number reaching a post-crisis high.

US wage growth is worrying markets “To be clear, this is one data point from a volatile series, that is from a survey, rather than hard data. It’s unclear whether the momentum in the trend is to peak or move higher.

“That said, the environment coming into the release has been one of elevated complacency from investors, particularly equity investors in relation to the big sell-off in government bond markets, especially US Treasuries.

“The inflation environment is not to be ignored, as it might well force the hand of central banks, scuppering their preference for a softly-softly approach to raising rates in order not to destabilise financial markets.

“Consumer price inflation has moved away from the deflationary levels seen as recently as 2015 but are not standing at anywhere near threatening levels now. However, more broadly for the inflationary environment, the oil price, and other commodities such as copper are up sharply over the last six months and are starting to feed into the inflation numbers. Meanwhile, the US wage data release is not alone. The powerful German union IG Metall has just agreed a 4.3% pay rise, which will set somewhat of a benchmark for millions of German workers.

“The economic data is consistent with our base case of strong growth, with rising inflation and interest rates. However, economies are not independent of financial markets. In fact, one of the notable features of economies, and indeed societies, over the last thirty years is their “financialisation”, as financial markets play a more dominant role and the weight of the financial sector within economies increases.

“In addition to this real economy pass through, a more immediate concern would be if financial market disruption continues for an extended period and, through tighter financial market conditions, the environment for corporates and economies would become more punishing.

“We expect the trade-off between strong growth and higher interest rates to continue, though how this plays out in markets remains unclear. So far, the focus has been on the US government bond market, and more recently financial markets more broadly, but generally the weakening US dollar has provided something of a counterbalance to the tightening impact of higher US government yields. However, since the US wages number, the US dollar has shown broad-based strength.

“If a strong US dollar combines with higher US yields, financial conditions will likely tighten and financial markets struggle. It is exactly these types of breaks in correlation, if sustained, that will encourage us that the environment is going to change more materially. In the event of something more serious developing, no doubt participants will look to central banks to save the day, which raises another set of philosophical and asset allocation questions.

“In the meantime, across the funds, we retain elevated cash positions, short duration in bonds, economic cyclicality in terms of our equity sectors and, in our defensive fund, an exposure to gold.”