IS WHITELISTING A PANACEA? 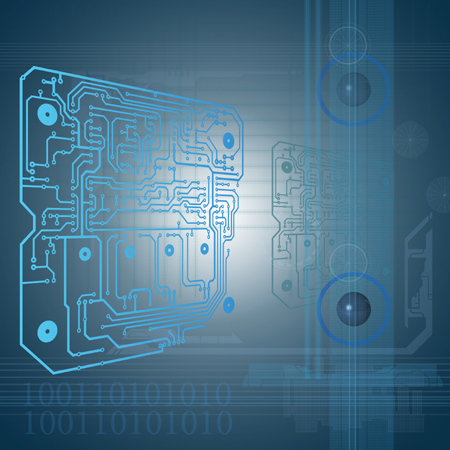 Whitelisting is an important security control and is considered so effective against targeted attacks that the Australian DSD rated it one of the four most important controls[1]. By allowing only approved processes and DLLs to load, whitelisting can significantly raise the bar for attackers. Additionally, if blocked executions are investigated it can often be an early-day warning of an attack. However, whitelisting does not prevent attack, it just makes it harder for the attacker, and organisations that may be targeted by more advanced actors need to consider whitelisting merely as a component of a mature set of security controls that provide much stronger holistic protection in combination than whitelisting would alone.

A number of actors have been observed using strategies that bypass the whitelisting in place and as it grows in popularity then this will only become more common.

Many attacks exploit web browsers or common document editing software, such as Microsoft Office or Adobe Reader, in order to gain code execution inside the process that was exploited. At this point, more common attacks will use the code execution achieved to download full-feature malware as a binary executable to run on the system. This would be prevented by whitelisting as the downloaded malware would not be allowed to run.

Alternatively, a new approved process may be launched and used specifically to host the memory-resident malware. This technique is known as “process hollowing” and involves launching an approved process permitted by whitelisting and replacing the executable code in memory with malicious code. Recently, “Duqu 2” made use of this technique to make it appear that legitimate security software was running and active whilst really rendering them inactive and simultaneously using them to host Duqu’s own malicious code.

Whilst these techniques may sound advanced, many common malware families make use of them and even freely available penetration testing frameworks like Metasploit have supported fully memory-resident operation for years.

Whitelists are only strongly enforceable against users who do not have local administrative access to their systems because administrative access can be used to disable the protection, add exceptions or otherwise render it ineffective. An attacker who exploits an administrative user could make configuration changes such that any further malware they wanted to use would be permitted.

However, this technique is not limited to use against administrative users. Privilege escalation attacks could be used as a second stage attack in order to get around whitelisting. For example, our security consultants used a kernel exploit as part of a Chrome browser exploit in Pwn2Own to both gain remote code execution and escalate privileges to break out of the browser sandbox and gain administrative level access. At this point, whitelisting protection could be disabled.

Whitelists are a good control but not all whitelists are created equal. Each organisation will set up a whitelist that suits its working habits and in MWR’s experience, there are often holes in the whitelisting that an attacker can exploit to gain persistence. Common flaws include:

By identifying a flaw such as these, the attacker can compromise a system with whitelisting in place.

Many whitelisting tools monitor native binary loads but do not appropriately account for other ways of executing arbitrary code. These are common scripting and bytecode engines that are either default or commonly installed by enterprises and can be used to achieve arbitrary code execution. Common examples include:

Our security consultants have successfully exploited environments with whitelisting in place using some of these technologies. Many whitelisting solutions cannot directly control these technologies other than to fully disable the entire scripting engine, which is often not viable when the technology is required for business applications.

Attacking hosts not subject to whitelisting

A simple bypass assumes not all hosts in an environment will be using whitelisting. Whilst whitelisting might have been rolled out to the majority of corporate desktops, alternative operating systems such as servers, Linux desktops and OSX hosts may not be whitelisted so aggressively. By targeting these hosts, attackers can gain the foothold on the network they need. For example, by targeting a Linux hosted web application or a marketing user with a MacBook, it may be that whitelisted solutions focused on windows hosts can be avoided completely.

Similarly, not all user profiles are subjected to whitelisting restrictions. Typically administrators and sometimes developers are able to run arbitrary executable code and so whitelisting can often be avoided by targeted these users. They also often have the highest privileges on the network and so are particularly attractive targets for an attacker anyway.

Organisations should ensure that whitelisting is robustly and aggressively configured so that there are not obvious gaps that an attacker can exploit to plant malicious code on a system. This includes ensuring whitelisting is present on all hosts, regardless of operating system, that can be reached by an attacker.

This should include tight control of scripting and bytecode engines such that they do not represent a generic way to bypass whitelisting controls in place. In many cases, most users will not require the use of technologies like powershell and other configuration controls exist for controlling execution of VBScript and Office macros. For technologies that may be more problematic to control directly, such as Java, centralised logging of process execution can be used to help detect malicious use of Java specifically.

Other whitelisting policy violations should be logged and exported to SIEM infrastructure so that they can be investigated by security analysts as it may be an indicator of a compromised system or failed attack.

The vast majority of malware will depend on the use of the network for command and control and data exfiltration. Therefore, robust network monitoring that can detect malicious channels is important, especially in environments that may be targeted by any malware that is above commodity level.

Network monitoring should benefit from, but not rely on, signatures and indicators of compromise (IOCs) as more advanced attackers can typically evade these with ease. A historical investigation capability is important as in many cases organisations only learn about compromise by more advanced actors months or even years after the initial compromise. The ability to investigate the historic activity of compromised hosts to understand the full extent of the compromise is crucial.

Whitelisting is primarily an endpoint-focused preventative control and so it is also important that strong detection controls are in place on endpoints. Standard logging in Windows and Linux provides valuable information to investigators but much more advanced logging and analysis is required to detect more advanced threats.

For example, detection of the use of process hollowing or thread injection as a technique to bypass whitelisting will require detailed process execution logging and live memory analysis to detect properly. Dedicated endpoint threat detection and response software will generally be required to achieve this.

Prevention alone is not enough – attack detection is required

Application whitelisting is a great preventative security control and is arguably the most effective first line of defence against initial endpoint compromise. However, no security control can protect against every attack and so it does not replace the need for good attack detection for when preventative controls fail.

A large enterprise without strong whitelisting controls is likely to have endpoints compromised by generic malware and adware that anti-virus misses regularly. An advanced attack is likely to slip under the radar easily in this situation.

Whitelisting can help reduce the noise of common malware infections, such that if a confirmed compromise is detected on a well patched endpoint with strong application whitelisting in place, then it is immediately cause for a stringent investigation, as it is much more likely to be the result of an advanced, targeted attack. Additionally, due to the low noise from common malware infections there should be much more resource available for investigation.