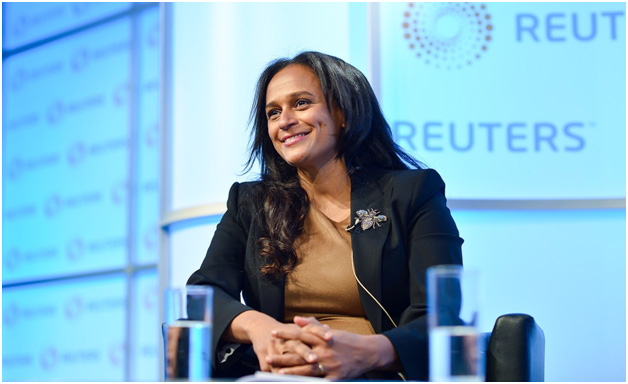 Isabel Dos Santos, Chairperson of Unitel talks to Global Banking & Finance Review about the investment and development opportunities in Angola.

What is your hope for the future of Angola?

Two words: transformative change. I am a big proponent of investment in skills training and education, and I believe this is the #1 driver of economic prosperity for the nation. Angola is a country with a unique set of challenges. It has substantial natural resources including vast supplies of crude oil. From my perspective, I believe that the true strength of Angola is its people. To this end, my companies are deeply invested in improving the well-being of local communities through multiple socially-driven initiatives. These include fostering a climate of entrepreneurship, and delivering on the promise of a better tomorrow.

How do you hope to provide for the educational needs of a growing nation?

Education and skills training are central to my focus on broader economic growth. It begins with local communities through a series of initiatives aimed at empowering people towards self-sufficiency. Sometimes the skills training takes the form of agricultural know-how, for example the strawberry plantations in Humpata in the province of Huila. We trained the agricultural workers to run their own plantations, thereby empowering them to take control of their own destiny. To date, some 120 women have seized this opportunity. The positive spin-offs from this are having a fantastic effect on driving local enterprise, strengthening the family unit, and increasing the prosperity of the communities.

We recently awarded 6 scholarships at the Royal Agricultural University in the United Kingdom. This is part of our deeper commitment to teaching Angolan farmers everything they need to know about resource management, farming, and commercial operations. Our plan covers the Diversification of our Economies through Investment in the Agriculture of Africa. Cross-cultural initiatives are equally important.

We strive to bridge the technological, cultural, and economic gaps between countries like Angola and global manufacturing giants like China. Unitel recently partnered with Huawei with our ‘Seeds for the Future’ initiative. This is part of our corporate social responsibility plan to empower and educate our youth. Thanks to this program, top academics in Angola can immerse themselves in programs in China where they will learn Mandarin, and visit the Shenzhen-based Huawei facility.

How important is infrastructure development in your transformative plan for Angola?

Africa in general is a laggard when it comes to transportation and telecommunications networks. I recently attended the International Economic Forum 2019, in St Petersburg Russia, where I met with high-level CEOs, investors, and world leaders including President Vladimir Putin. In order to keep pace with the exigencies of global commercial activity, the roads, highways, railways, and waterways of Angola need to be upgraded to international standards. This is sacrosanct. We have been talking at length with world leaders to increase their commitment to Angola and other African countries. China is currently leading the charge, followed by India, and Russia. Much work remains to be done in this regard. It is imperative that we continue our work with international leaders.

What are some of developments assisting Angolan growth and development on the continent?

The African Continental Free Trade Area (ACFTA) is was ratified among 55 nations. It is expected to significantly enhance the overall economy of the African continent. In fact, this is the largest trading bloc in the world since the WTO of 1994. I am currently working with stakeholders across the spectrum, including overseas investors, local business communities, and government to commit to the development of Angola.

Together, we will develop the African economy, by investing in the people of our country and in local communities. We do this through educational initiatives, provision of access to telecommunications and banking facilities, building women’s hospitals, paediatric hospitals, and clean water initiatives. Viewed in perspective, all elements are essential to Angolan growth and development.

How does your personal experience impact the decisions you take for Angolan development?

I grew up understanding that the social and business frameworks needed to be changed to facilitate economic growth and development. I was one of two women in my class at Kings College in London when I graduated with a degree in electrical engineering. I routinely faced challenges working in a male-dominated business environment, replete with chauvinism and entrenched systems of governance.

From a personal perspective, I have always championed diversity in the workforce, the empowerment of women, and the upending of existing frameworks to facilitate the type of transformative change that I want to see. I like to lead by example. The people of Angola must be provided with the basic necessities to succeed in a global business environment. This includes telecommunications infrastructures, transportations networks, access to clean water, eradication of malaria and other diseases, the provision of hospitals and women’s clinics, and so forth. It’s a collective effort and my companies are doing their part to make life better for Angolans.

This is a contributed article

‘A lot of people think entrepreneurs are megalomaniacs but they’re not really – they just want to be involved in an exciting story.’