BIS warns of $80 trillion of hidden FX swap debt
Our website publishes news, press releases, opinion and advertorials on various financial organizations, products and services which are commissioned from various Companies, Organizations, PR agencies, Bloggers etc. These commissioned articles are commercial in nature. This is not to be considered as financial advice and should be considered only for information purposes. It does not reflect the views or opinion of our website and is not to be considered an endorsement or a recommendation. We cannot guarantee the accuracy or applicability of any information provided with respect to your individual or personal circumstances. Please seek Professional advice from a qualified professional before making any financial decisions. We link to various third-party websites, affiliate sales networks, and to our advertising partners websites. When you view or click on certain links available on our articles, our partners may compensate us for displaying the content to you or make a purchase or fill a form. This will not incur any additional charges to you. To make things simpler for you to identity or distinguish advertised or sponsored articles or links, you may consider all articles or links hosted on our site as a commercial article placement. We will not be responsible for any loss you may suffer as a result of any omission or inaccuracy on the website. 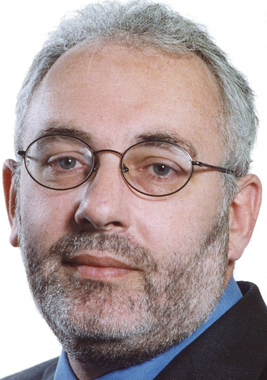 The media fascination with Bitcoin (which continues unabated) has led to a resurgence of speculation about the future of money. Is the future of money Bitcoin? I suspect not, but to be honest technologists are not always the best people to ask about this sort of thing. It’s a well-known and well-understood dynamic that we overestimate the pace of technological change but tend to underestimate its impact, because we don’t understand the societal context. Therefore, it seems to me, it might be better ask people who have that big picture in mind. Social anthropologists spring to mind.

One is Jack Weatherford, who is an expert of the history of money, having written a jolly good book onjust this. A few years ago, he wrote something that struck me as incisive. He said: “The electronic money world looks much more like the Neolithic world economy before the invention of money than it looks like the market as we have known it in the past few hundred years”. The way that money works right now isn’t a template for the electronic future but a historically transient blip.

My interpretation of Jack’s comment is that the economy of the Stone Age clans was based on a shared memory of mutual cross-obligations. In the clan, everyone knew who owed what and to whom, a pre-market trade mechanism that does not scale beyond the kinship group. Once clans form into tribes and tribes move into cities, the shared memory is no longer sufficient. We cannot keep score across time and space, so we use money instead. As Narayana Kocherlakota of the Federal Reserve Bank of Minneapolis wrote in the “Journal of Economic Theory” back in 1998, money is memory.
Why am I telling you this? Well, given that context, my technologist’s perspective now has a new lens. If technology gives us back that shared memory, then we don’t need money. This is what futurologists call the “reputation economy”, where the transactional use of social capital replaces certain kinds of financial capital.

It seems to me that what technology historians refer to as the “weak signals for change” are emerging. Social capital (the result of a variety of computations across the social graph) is becoming accessible and useable at the transactional level. Proxies such as university degrees and glossy CVs are being replaced by that because social capital is a more efficient form of the kind of memory we need to make transactions work. (As an aside, some of the comments on a piece I wrote on this for the Harvard Business Review blog touched on the implications of this for the current university education model, which is surely past its peak).

You can see where this headed if you think about the way that we already use LinkedIn, Twitter, Facebook and Quora. In the old world, I would use the proxy of finding out which university your degree came from and whether you had paid back a car loan a decade ago as the basis for decisions I want to make about transactions that I might or might not want to engage in with you. But I no longer need to do that because, from the social graph, I can find out if you are smart, in stable employment, a team player, an expert on identity management or whatever. With that kind of transactional social capital in place, delivered by the combination of mobile phones and social networks, commerce will be reinvented.

That social capital will be deployed in smaller and more commonplace transactions, not only getting a job or buying a house. In the long run there will be no need for a single medium of exchange, no need for flat currency. Identity substitutes for money as I explore in my book “Identity is the New Money” (London Publishing Partnership, London: April 2014). I argue in the book that this is inevitable because the nature of identity is changing, both the indexed notion of identity that emerged from 19th and 20th century industrial society and urban anonymity, and the pre-industrial notion of identity that builds on extended family and clan. Instead a new form of “social identity” is coalescing, turning the entire world into a series of turbocharged clans. My good friend Kosta Peric from the Bill & Melinda Gates Foundation calls this “bottom up” identity, specifically to contrast it with the bureaucratic identity from the industrial age.

It is this social identity that forms the basis for the neo-Neolithic reputation economy, an economy based on trust. It will be reputation rather than regulation that will animate trust in economic exchange and the social graph, the network of these social identities, will be the nexus of commerce, administration and interaction. If you think this is something for the far future, you are wrong. Just last week, a new credit card launched in Latin America. This credit card is aimed at people who do not have credit histories, so it uses data from social networks (e.g., Facebook and Twitter) instead. I am prepared to bet that, in the not-too-distant future, the idea that you might be given credit on the basis of ancient data about a loan you repaid twenty years ago rather than an accurate calculation of social capital, will seem ahistorical, crude and anachronistic.

Author
David G.W. Birch is a Director of the secure electronic transactions consultancy, Consult Hyperion.  He is an internationally-recognised thought leader in digital identity and digital money, one of Wired magazine’s favourite top 15 global sources of business information, and  Research Fellow at the Centre for the Study of Financial Innovation.

THE DIGITAL ECONOMY, BASE EROSION AND PROFIT SHIFTING: WHAT MIGHT CHANGE

WALKING THE TIGHTROPE OF DEBT