Identity is key in the fight against social media scams 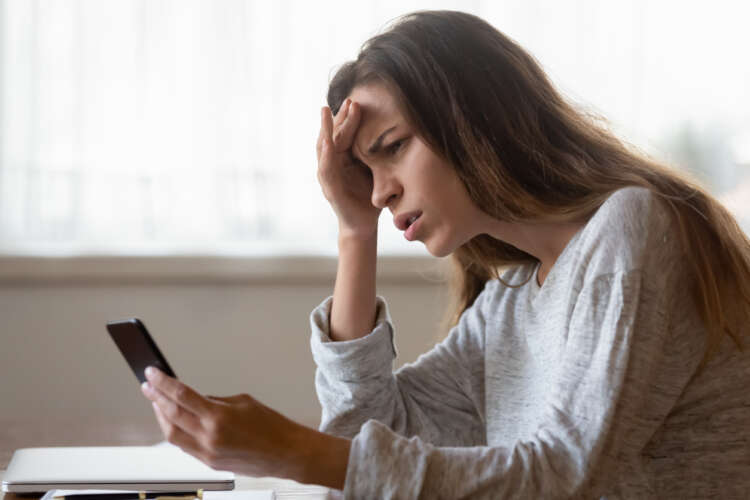 UK high street lender Lloyds Bank has been forced to issue a series of warnings to clients about potential social media scams after a soaring increase in the number of cases.

According to the bank, social media platforms have become the new battleground for online scammers and fraudsters.

What is particularly worrying is how social media scams are evolving and becoming more sophisticated and, consequently, difficult to police.

Whereas banks have spent millions to bolster their own defences and to restrict unauthorised access to online banking accounts or credit cards, many social media platforms have not taken the same measures and are therefore an attractive target for fraudsters.

One platform has become a particularly popular target. Reports to Lloyds of impersonation fraud originating on Instagram increased by 155% during 2021.

There is a familiar pattern to the Instagram scams. Almost always it involves a fraudster asking for money via the platform. Either the fraudster finds a way to hack into someone’s Instagram account, impersonating the user. Or else they contact strangers on Instagram pretending to be a friend of a friend.

Lloyds references such a case where a customer was contacted via Instagram by someone who said they worked at her local church and needed money to set up a charity abroad. The scammer even provided a link to photos of other church goers to appear genuine.

The church eventually alerted parishioners to the fraud but by then, the victim had already made three payments totalling £500.

Regulators have also warned about the growing threat of social media scams. In September 2021, the Financial Conduct Authority (FCA) raised the issue at its annual public meeting.

“Social media sites are effectively a gateway in which scammers are getting access to vast numbers of people in the population through online searches,” said executive director of enforcement and market oversight Mark Steward.

“We are putting them on notice that we expect them to be involved in this process of protecting the community,” he said, adding that the FCA would otherwise “have to take action”.

Lloyds provided tips for users to avoid falling foul of social media scams. Some of these tips include typical good security governance – such as never giving your social media log-in details to anyone else; using two-factor authentication for all social media logins; and being on your guard when asked to share content or provide personal details via social media.

A big part of the advice centres on identity. The bank advises that users all do further independent checks using other contact methods to verify a person’s identity; and be suspicious of adverts for products and services that are otherwise difficult to track down. “If you can’t find the items or services offered through well-known retailers or financial providers, then it may be a scam,” states the bank.

The government is also attempting to protect the public from harmful online content with the introduction of the Online Safety Bill. This legislation gives media regulator Ofcom the power to fine or block companies and platforms that breach the law and also holds their executives criminally liable for non-compliance.

Introducing the bill, UK security minister Damian Hinds said: “Online and social media companies will have to acknowledge these issues and take robust action to combat the scourge of online fraud, and take more responsibility to protect their users from this high-harm crime.”

While legislation such as the Online Safety Bill and warnings from high street banks are welcome steps in the fight against social media scams, more needs to be done to limit the financial and emotional damage caused by these scams.

Alongside legislation, the government needs to work with technology providers, anti-fraud experts, regulators, security specialists and financial institutions to build an effective and safe digital framework.

As more people conduct their lives and their financial transactions through digital platforms, it is essential that online identities can be authenticated and that genuine users can be verified.

Banks also have a vital role to play. Not only do they have a trusted relationship with consumers, they also have verified the identities of everyone holding a bank account in the UK.

Using this information, users could be swiftly and securely identified prior to any transaction. Such a system would not only significantly reduce bank’s losses, it would enhance their reputation as a trusted custodian of their clients’ money and put them at the centre of the fight against fraud.

Such systems already exist elsewhere, such as Norway and Sweden, both of which have launched their own separate bank-based ID systems. Not only have they been widely adopted, they have also helped to reduce online fraud.

The key to any successful utility is adoption. The public already trusts banks to hold their money and information about them and businesses do the same. So, the banks can quite simply enable a digital identity that the general public and business can trust.

The technology is available now and with banks’ involvement, adoption would be fast. By collaborating, we can create a utility that the general public can trust which will ultimately limit the financial, psychological and emotional impact of online fraud.

Making the most of telecommunications in the education sector